The 2018 edition of the popular San Jose Jazz Fest took place February 15-28. Here’s a rundown of some of the most interesting acts who were on the bill.

Ronnie Foster Trio  – Organist Foster released a string of well-regarded soul-jazz albums on Blue Note and Columbia in the 1970s. His 1972 debut, The Two Headed Freep established his approach: building on the pioneering jazz organ sound of Jimmy Smith, Foster added a funky edge in keeping with the sounds gracing action films of the time (think of Isaac Hayes’ work on the Shaft soundtrack, as well as Lalo Schifrin and Don Ellis). Because Foster didn’t improvise on record as did many of his contemporaries, he’s sometimes overlooked. But with the benefit of hindsight, his style is more accessible and timeless. Foster’s influence upon the acid-jazz scene of the mid 1980s and beyond cannot be overstated. And his work with the Jacksons, Stevie Wonder and even Chet Atkins(!) shows that Foster’s musical vision is an all-encompassing one.

La Misa Negra  – From Oakland comes this 7-piece group specializing in a blend of Latin sounds and cumbia, a West African dance music that arose as part of courtship rituals. The high-energy outfit features traditional jazz instrumentation (two sax players, upright bass, drums) but adds guitar, vocals and a modern sensibility that draws as much upon hip-hop and metal as it does from older, more established musical forms. While the music is decidedly upbeat, in its lyrics La Misa Negra does not shy away from topical themes like gender equality and gun violence. The group has released two albums to date, the 2013 debut Misa de Medianoche, and a self-titled album released last fall.

Jacob Jolliff Band  – Oregon-born mandolinist Jolliff has a foundation in bluegrass and gospel. He attended the prestigious Berkee College of Music in Boston, and undertook a musical apprenticeship under John McGann. Jolliff went on to a number of competitive awards, and began releasing albums with Joy Kills Sorrow. In 2014 he left that group to join acclaimed jam-grass outfit Yonder Mountain String Band, becoming an official member the next year. Also in 2015, he launched the Jacob Jolliff Band; the new group starts with a bluegrass foundation but adds elements of other styles into its own take on American roots music. 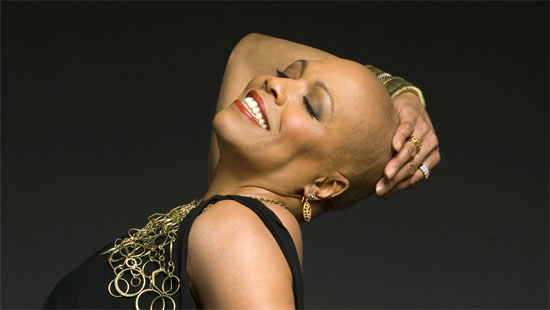 Dee Dee Bridgewater  – Three-time Grammy Award-winning vocalist Bridgewater began her musical career in Michigan as a teenager. She rocketed to prominence as lead singer in the Thad Jones-Mel Lewis Jazz Orchestra, and began a solo career of her own by the mid 1970s. After a brief flirtation with disco, Bridgewater worked mostly in the jazz idiom. Bridgewater has guested on albums by many other artists including releases from Stanley Clarke, Roy Ayers and (more recently) Christian McBride. Her 2015 release, Dee Dee’s Feathers, is steeped in New Orleans jazz traditions. The versatile Bridgewater’s most recent album, 2017’s Memphis… Yes, I’m Ready features members of the city’s Hi Rhythm Section and finds Bridgewater lending her talents to readings of classic of southern soul. At the Winter Jazz Fest, Ms. Bridgewater will be backed by the SJSU Jazz Orchestra.

SJZ Collective – Drawing from the top jazz players in Silicon Valley, the SJZ Collective features Brian Ho on organ, Oscar Pangilinia on saxophone, Saúl Sierra on bass, drummer Wally Schnalle, guitarist Hristo Vitchev and John L. Worley, Jr. on trumpet and flugelhorn. Led by Schnalle – but basing its live work on arrangements created by each of its members – the new collective will pay tribute to the life and work of Thelonious Monk. All of the players in the SJZ Collective are also core instructors at the annual Summer Jazz Camp.

Masters of Hawaiian Music – Hawaiian music is characterized by its distinctive slack key guitar work. Three virtuosos in the style – George Kahumoku Jr., Led Kaapana and Jeff Peterson – come together to showcase the indigenous folk style that has its origins in 19th century paniolo (cowboy) culture. Each musician is well-established on his own, working with big names well outside the genre and earning awards and accolades.

Knower  – Underscoring the fact that the label “jazz fest” doesn’t begin to describe the variety of music on offer is the participation of Knower, a Los Angeles duo working in the indie electronica idiom. Louis Cole and Genevieve Artadi began the project in 2009. Knower’s music – initially distributed via YouTube – folds in jazz textures (especially in the form of Artadi’s vocal work) into its electro-pop style. Cole and Artadi collaborate often with other artists, and work in film scoring as well. The duo has produced nearly forty music videos; while most are original compositions, Knower has also created intriguing covers of works by Michael Jackson, Britney Spears and Daft Punk.

Kuumbwa Jazz Honor Band  – One key component of the San Jose Jazz Festivals – summer and winter – is their focus on emerging talent. That focus takes the form of music from youthful ensembles such as the Kuumbwa Jazz Honor Band. The band features the top youthful talent from Santa Cruz and nearby counties; each member of the group has been personally selected by school band directors for their talent, ambition and commitment to excellence. Director Terrel Eaton leads the band in performances that hone the young musicians’ skills, and the Honor Band wraps up its season with a headline spot at the Kuumbwa Jazz Center in Santa Cruz.

International Guitar Night – The long-running International Guitar Night has been a touring entity for nearly twenty years. This year’s lineup sees the return of Lulo Reinhardt; the grand-nephew of iconic guitarist Django Reinhardt serves as guest host for the performance. Also on the program are 24-year-old Calum Graham of Canada; Marek Pasieczny from Poland; and American classical/fingerstyle guitarist Michael Chapdelaine.

Orquesta Latin Heat  – No roundup of jazz styles would be complete without a Latin jazz orchestra. And Bay Area OLH is an exemplar of the style. With a sound and energy that moves audiences to dance, Orquesta Latin Heat serves up a kinetic array of music in cumbia, merengue and salsa styles, with a repertoire that mixes classic tunes with OLH originals. Instructor Robert Santana will be on hand 90 minutes before the show, offering salsa dance lessons. 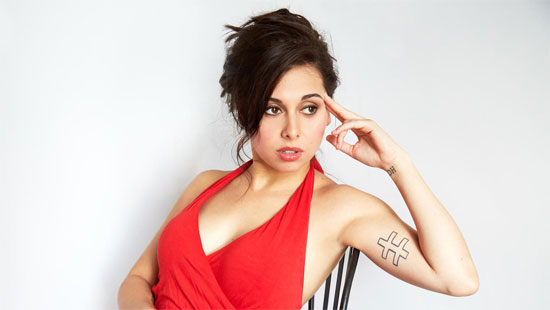 Veronica Swift w/Benny Green Trio  – At only 23, New York City-based Veronica Swift has already managed to make a name for herself. She appeared onstage at Jazz at Lincoln Center more than a decade ago, and in 2015 Swift won second place at the Thelonious Monk Jazz Competition. She works in a variety of styles ranging from 1920s and ’30 jazz to swing, bebop and material from the Great American Songbook. Swift appears at the winter Jazz Fest backed by hard bop pianist Benny Green (formerly of Art Blakey’s Jazz Messengers); the vocalist is currently recording an album with Green and his Trio.