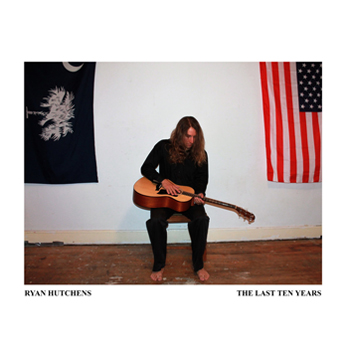 It’s interesting to learn than an artist is moved to creativity by spending time in Columbia, South Carolina. I know that every place has its charms – even Houston, Texas, or so I am told – but I’ve spent time in Columbia, and I don’t see it. The city’s fathers and mothers have gone so far as to take the city’s defining characteristic – a decidedly unpleasant one, from my point of view – and turn it into a marketing slogan: Famously Hot™.

But there it is. Ryan Hutchens trades in folky Americana, and to his credit, he’s writing about the time he served in South Cackalacky’s capital city as viewed through a rear-view mirror; these days he’s 1500 miles west-by-northwest and a mile up, in Denver. His musical approach is warm and inviting, with hints of Fleet Foxes (but with much less mannered vocals). Hutchens’ guitar playing in particular is nicely textured, providing a lovely aural backdrop for his wistful songs of mild regret.

And Hutchens does an admirable job of mixing up his musical approach: when a song features little more than his guitar (the first half of the title track) he layers on extra vocal tracks. And the cello work on the song conveys heartbreak as well as any lyric ever could. “New Remedy” folds in some wonderfully subtle pedal steel guitar, and “Fortunate Peace” sports some haunting background vocals in support of Hutchens’ spare arrangement.

Ryan Hutchens is the rare independent artist who understands that subtlety and polish can go together on and indie release; the production values on The Last Ten Years are world-class, but they never call attention to themselves of threaten to get in the way of Hutchens’ melancholy storytelling.