A Look Back at Black Sabbath’s Debut Album 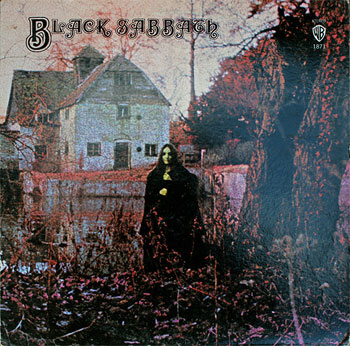 Steppenwolf may lay claim to the first use of the phrase in a song, but a strong case can be made that Black Sabbath was the undisputed progenitor of “heavy metal thunder.” Every defining characteristic of the Birmingham, England band’s self-titled debut would become a hallmark of the oft-maligned genre. And while critics often gave Black Sabbath short shrift during the band’s initial run, hindsight has proven that the group’s body of work between 1970 and 1978 is as impressive a collection of albums as one is likely to find in rock history. And it all started with 1970’s Black Sabbath.

Though the band formerly known as Earth wouldn’t display much in the way of imagination in the titling department – both the album and its opening track share a title – the music is startlingly original. Opening with a sound effects collage straight out of a “Hammer Horror” film – torrential rain, resounding thunder, ominous tolling of bells – “Black Sabbath” lets the sound effects continue for more than thirty seconds before unleashing a molten riff. That three-note riff is built upon the so-called “Devil’s interval” (also known as the flatted fifth, or more dramatically, diabolus in musica), a musical device dating back to the days of Wagner and Beethoven. Like those composers, Black Sabbath guitarist Tony Iommi uses the interval to connote doom and evil.