Along with backing blues legends who came through Fort Worth, Texas, McClinton and his band often got the opportunity to go on the road with the traveling stars. Their roadhouse blues would influence McClinton’s own nascent songwriting. He also absorbed the influence of other musical styles of the region, including Tejano, conjunto and Zydeco along with more widespread styles like soul and rhythm and blues. But he says that the music of the 1940s made the most lasting impression upon him. As a result of all those influences, McClinton’s style can’t easily be described as fitting neatly into one genre.

Author Hendricks characterizes McClinton’s life as embodying the American Dream. “Because,” she says, “truly the American dream is working really hard for something you believe in. And that’s exactly what Delbert has done with his entire 61-year career.” 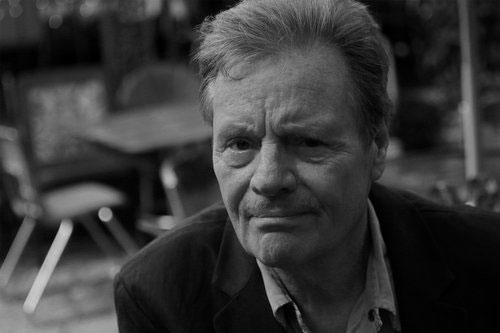 One episode in McClinton’s storied career has been mythologized. And he says that in fact it has been blown completely out of proportion. In summer 1962 he was touring England with Bruce Channel’s band, riding high on the success of “Hey! Baby.” The opening band on the British tour was a Liverpool foursome who had signed mere days earlier with Parlophone Records. At this point, the Beatles featured guitarists John Lennon and George Harrison, Paul McCartney on bass guitar, and drummer Pete Best. As legend would have it, McClinton gave Lennon harmonica lessons.

As he tells Hendricks in the pages of One of the Fortunate Few, that legend overstates the reality of the situation. “I didn’t teach him,” he says in the book. “I showed him what I did. When to suck and when to blow. Nothing really more than that.”

Channel’s band and the Beatles were tour mates, and even though McClinton sensed great potential in the Liverpudlian quartet, he was anything but starstruck. “There was no shortage of people telling us how wonderful the Beatles were; they were already a really big deal in England and especially in Germany,” he says. “They were fantastic, but there was so much music we heard over there that was fantastic.” McClinton says that at that point, he and the Beatles “were on common ground. There wasn’t any reason to be worshiping someone we just met.”

Their paths diverged after that, of course. McClinton returned to the United States, where he formed a band called the Rondels. That group would make it onto the charts (#93) once, in 1965, with “If You Really Want Me to I’ll Go.” The youthful-voiced McClinton sings lead on the straightforward, folk-rocking tune. By the 1970s he had followed the well-trodden singer-songwriter path to the Topanga Canyon region of southern California. After making two albums as Delbert & Glen, McClinton returned to Texas and began a solo career.

By the late 1970s, McClinton was finding some success in the form of others covering his songs: Emmylou Harris scored with his “Two More Bottles of Wine,” a #1 hit on the country charts in 1978. The Blues Brothers covered his “B Movie Boxcar Blues” on their first album. But it wasn’t until 1980 that McClinton had a nationwide hit of his own, “Givin’ it Up for Your Love.”

McClinton’s solo career has been littered with a series of unlucky breaks: no less than three of the labels for which he has recorded went belly-up shortly after releasing his albums. And he was “warehoused” for several years by Curb Records; the label run by notoriously unhip Mike Curb refused to release new music by McClinton, but wouldn’t let him off the label until his contract ran out.

Eventually McClinton wrested back control of his career, and went on to greater success. “Good Man, Good Woman,” his duet with Bonnie Raitt earned him his first Grammy award in 1991. Another duet – this time with Tanya Tucker – “Tell Me About It,” made the Top 10 on the country chart. He has appeared on the prestigious music showcase Austin City Limits no less than seven times. McClinton’s 2005 album Cost of Living won a Grammy for Best Contemporary Blues Album. Today, along with his annual Sandy Beaches cruise, McClinton still tours frequently. He’s current on the road in support of his latest release, Prick of the Litter.

“I never thought about working for a living,” McClinton says. “Although I did.” One of the Fortunate Few recounts some of his unhappy – but amusing in retrospect – experiences as a working stiff. “Those jobs were nothing but a means to an end. I learned that you got to cover your own ass,” he says, “because nobody’s going to cover it for you.

“But music has been in my life since I was a little bitty guy,” McClinton explains. “I was always going around listening to the songs of the day. And I knew every word to all of ’em. It’s just who and what I am, I guess. It was always music for me. Always. And it still is.”