Delbert McClinton: Keeper of the Flame (Part One) 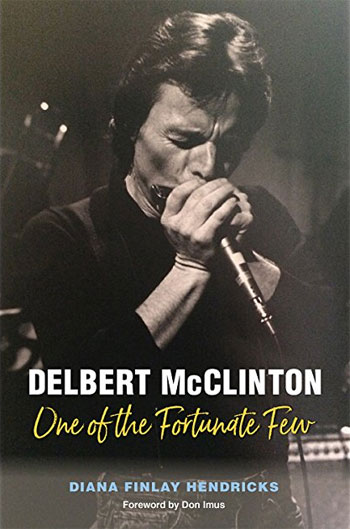 The term Americana hadn’t been coined when Delbert McClinton started making music. His brand of music has always drawn from blues, hillbilly, country, and rock ‘n’ roll, all filtered through a Texas sensibility. McClinton came up in a music scene that gave rise to legends like Doug Sahm, and in his earliest days he backed some of the most important names in the development of American popular music (Lightnin’ Hopkins, Howlin’ Wolf, and Jimmy Reed, just to name three).

McClinton is often described as a musician’s musician, a songwriter’s songwriter. But those are just attempts at fancy ways of saying that he’s consistently earned respect and critical acclaim within the music community, while maintaining a lower profile on the commercial landscape of music.

Not that he hasn’t always wanted widespread success. It’s just that Delbert McClinton decided long ago that he’d do things his way, in his time, with his choice of musical associates. He’s been playing live and making records now for more than 50 years. Though the first album to come out under his name was released in 1972 (a country-soul duo with Glen Clark), McClinton got his first taste of the big time in 1962, playing harmonica on Bruce Channel’s smash hit single “Hey! Baby.”

McClinton continues to tour regularly in 2018. He recently wrapped the 24th of his annual Sandy Beaches music cruises; McClinton was among the earliest musicians to recognize – and capitalize upon – the allure of “floating festivals.” And a new book, Delbert McClinton: One of the Fortunate Few, was recently published by Texas A&M Press. Not exactly a memoir, One of the Fortunate Few also isn’t quite an official bio. As author Diana Finlay Hendricks explains, “I talked to Delbert and [his wife] Wendy, and said, ‘I’d like to do this, but I don’t want it to be an authorized biography. I want it to be unauthorized…but with your blessing.’”

McClinton cooperated fully with Hendricks on the book, sitting for numerous interviews and allowing her unfettered access to his archive of handwritten tour diaries. Readers seeking details about the recording sessions for McClinton’s nearly 30 albums won’t find much to satisfy their curiosity in the pages of One of the Fortunate Few. It’s just not that kind of book.

And while the tome does include a fair number of road stories, it’s not a tell-all filled with tales of wanton excess, smashed hotel rooms and groupies, either (though the book subtly puts across the notion that such things are definitely part of McClinton’s back story). At its heart, One of the Fortunate Few is the story of Delbert McClinton’s origins, his life, and his ongoing journey as a musician, songwriter and performer. Simply put, it’s about the man and his music.

One of the Fortunate Few is painstakingly end-noted, in the style of a scholarly work. But Hendricks’ highly readable style is decidedly non-scholarly; the book is a chronicle of McClinton’s life, written by a lifelong fan, and it draws extensively – almost too extensively at times – upon breathlessly praise-filled quotes from the singer-songwriter’s legion of fans, most of whom have earned fame and notoriety of their own.

One of the most intriguing points that Hendricks makes in her book is that Delbert McClinton’s musical sensibility was informed almost wholly by live music, as contrasted with (for example) Bob Dylan, who grew up in Minnesota, mostly listening to records. “It’s a world of difference, obviously,” McClinton agrees. “I was fortunate in that I got to perform with a lot of my heroes, people that – as far as I’m concerned – were the best. And I was quite fortunate, to be in a band that got to work with all those guys and learn from them first-hand.”

McClinton gained that first-hand experience with his band, the Straitjackets, at a time when America was still dealing with government-sanctioned racial segregation. “I realized that the way we were living was fucked up,” McClinton recalls. “A lot of the times, the guys we were backing up couldn’t even go to a restaurant with us.”

He recalls a childhood experience. “I remember being in a department store with my parents, seeing the two water fountains, one for whites and another for black people. And I wondered, even as a little bitty guy, ‘What the hell is that?’” Of course McClinton would live to see things change. “I got to know a bunch of people who had lived their lives under segregation and repression, and I got to listen to their music and learn from them,” he says with humble pride. “So I’m the luckiest guy you know.”