EP Review: Arden and the Wolves – Who Can You Trust 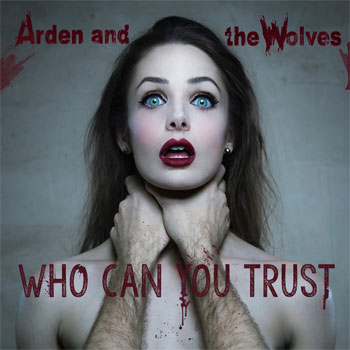 If one digs deep into the music on Arden and the Wolves’ Who Can You Trust, a clear occult undercurrent reveals itself. That’s certainly a somewhat unconventional perspective to take, but the fact is that most everything else about this five-song EP released in January 2018 is quite accessible and (in a good way) mainstream rock.

Vocalist Arden Leigh has a strong set of pipes, and she delivers her lyrics ins an assured (yet never overwrought or needlessly theatrical) manner. The tunes are sturdy, hooky and memorable, and Leigh’s instrumental support – guitarist Marko Jankovic, bassist Rick Brandt and drummer Nick Mason (no, not Pink Floyd’s percussionist) – is rock-solid as well.

Leigh has things on her mind: in this #metoo era, sentiments like “I’m not your bitch / I’m not your muse / I’m not a secret you can keep” (from “Another Year of Rain”) resonate in a way they might not have even a mere year ago. Her perspective that she (and by extension all women) must be accepted and treated as men’s equals is a message that deserves to be communicated and received. That it’s done within the context of an alluring rock tune is all the better.