Singer-songwriter Lorrie Morgan likes to say that her whole life is a country song. Her accumulated life experiences have enhanced her finely-tuned ability to get inside of the songs she sings. “To reach people, you have to be true to the song,” she says. “You’ve got to be able to live it.” The four-times married Morgan says, “My life has proven that I have lived all those songs.”

In addition to writing her own songs, Morgan has developed a reputation as an effective interpreter of songs written by others. Her reggae-flavored reading of Bob Dylan’s “Lay Lady Lay” from her most recent album, 2016’s Let Go … Slow is a recent example. She says that when a songwriter presents their work, they like it done in a style fairly close to the original. “A little tweaking is acceptable,” she says, “but I try to do it the way they wrote it. But of course when you put someone’s voice in a song, that changes it.” 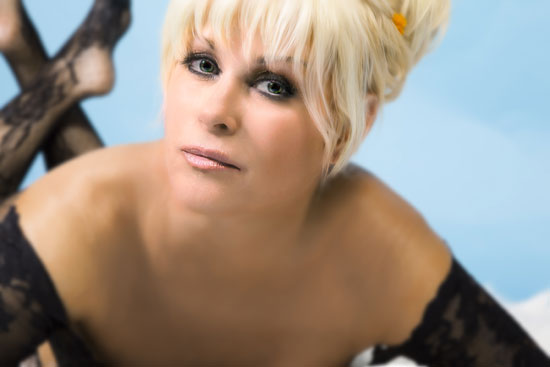 Commercial considerations aren’t what they once were, Morgan says. “Back then, we were real chart-heavy,” she says. “It was very competitive for me.” The focus in those days, she says was “to get the best songs in Nashville, and get ’em out there quick. It was always a pressurized situation.”

These days she’s signed to a smaller, independent label. “Now, my approach to recording is more relaxed,” she says. “I do songs that I feel I need to record for me, and for my fans.” Morgan considers herself fortunate that her albums sell, largely without the benefit of radio exposure. “We’re still selling out crowds and having a good time on the road,” she says.

Morgan faces an enviable challenge when working to put together a concert set list. With a dozen solo albums plus several collaborative efforts, she has a wealth of material from which to draw. “I could go on and on and on and on,” she says with a laugh. “But we have to pick the songs that the people are coming out to hear.” On dates in intimate venues, she often takes requests from the audience.

Over the course of her now 45-plus years in the spotlight, Morgan says that she has aimed to follow the advice her father – Country Music Hall of Famer George Morgan – gave her years ago during one of her first studio sessions. “Don’t ever say you can’t until you try.”