Album Review: Staring Into Nothing – Power 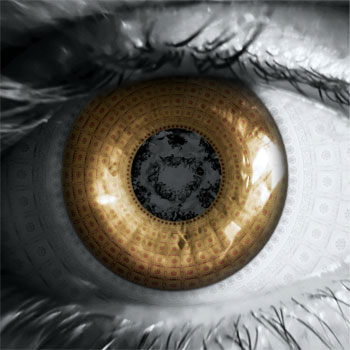 Pop-leaning, dramatic progressive rock is the order of the day on Power. Staring Into Nothing is merely a trio, but they manage a big sound. The three musicians – vocalists/keyboardist Steve Rogers, guitarist Savannah Rogers and bassist Kurt Barabas – clearly have ambitious plans in place. Power is the first in what looks ot be a trilogy; already announced are two upcoming albums, Love and War.

Tunes like “School Daze” show that Staring Into Nothing has a lot on its collective mind. There’s a resigned sort of cynicism within its lyrics, but the song ids delivered in an upbeat fashion that may lead listeners to sing along cheerfully with the tune’s dour lyrics about authority.

As a whole, the vibe of the ten songs on Power is progressive in tone, but pop in delivery. Which is to say while the instrumentation is sharp and muscular, the melodic lines avoid the showy pyrotechnics and knotty time signatures that are so often a defining feature of progressive rock. And Steve Rogers’ voice has a friendly quality the likes of which one would be more likely to find on a mainstream pop/rock release.

But perhaps unexpectedly, the juxtaposition of pop sensibilities and progressive (lyrical) ambitions works well. There’s not a whiff of pretense in these songs. Adding to the warm authenticity is the fact that the group – which lacks a full-time drummer – has opted here for a session player rather than the bloodless drums-in-a-box studio approach so often employed by artists on a budget.

The group’s catchy songs stick in the listener’s mind after they’re over, and there’s an overall quality that suggests that the planned follow-up albums will be of a similar standard.