Note: an edited version of this feature ran in Brooklyn Paper; the story was written to preview January shows in the NYC borough.

Released on January 19, I Like Fun is the 20th studio album from clever Brooklyn-based rock band They Might Be Giants. Co-leader John Flansburgh says that for many years the group’s touring schedule often found them on the road during New Year’s celebrations. “It really felt like when everybody – the entire world, really – was having a good time, we were just running around,” he says. So They Might Be Giants began scheduling New Year’s shows back home.

The band’s 2018 schedule already lists more than 65 dates in the U.S. and Europe beginning in mid-January. But Flansburgh says that the pair of dates at Music Hall of Williamsburg represent “the beginning of the changes that the tour will probably evolve into.” Half-joking that They Might Be Giants subscribes to the “earn as you learn tour philosophy,” he says that the Williamsburg shows will be the debut of a live lineup that includes trumpeter Kurt Ram, veteran of performances with Bruce Springsteen and Nile Rodgers. “Somehow we talked him into coming on board full time with us,” Flansburgh says. 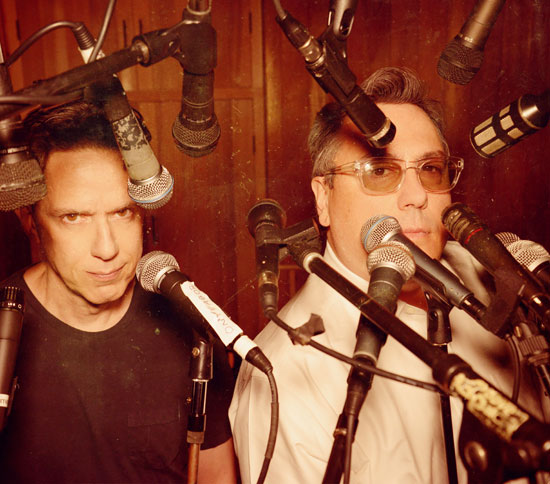 Many popular songs in the TMBG catalog feature trumpet, but while the instrument has shown up frequently on the band’s records, this will be the first time They Might Be Giants features one onstage. “When we’ve done those songs live [in the past], we’ve just kind of glossed over the fact that the trumpet isn’t there,” Flansburgh admits. “And we’ll be able to do some real audience favorites much more precisely.”

The shows will preview some of the songs from I Like Fun. Two singles, “I Left My Body” and “Last Wave” have been released ahead of the album. The latter tune employs a proven-successful TMBG creative model: wedding a hook-filled, uptempo melody to lyrics about living and dying alone. In that way it recalls “Don’t Let’s Start, a song from the band’s self-titled 1987 LP. While cautioning that he doesn’t want to speak for co-leader John Linnell (who penned “Last Wave” and “Don’t Let’s Start”), Flansburgh believes that both tunes explore the nature of the pop song. “You can really put a lot of ideas into a pop song,” he says. “The ideas in the melody, rhythm and arrangement are incredibly persuasive to people. And in a way, the lyric is pushing the outer limits of what’s possible in that format.”

“Last Wave” is by no means a retread; They Might Be Giants has a seemingly bottomless well of musical ideas. Still, Flansburgh is forthright. “We’ve been making songs for 35 years now,” he says. “At a certain point, you have to forgive yourself for reusing nouns and revisiting ideas.”