The Wombats Make Lemonade Out of Lemons

Since releasing 2007’s A Guide to Love, Loss & Desperation, rock trio the Wombats have been building a dedicated following. The Liverpool, England group scored in the U.K. and Europe with its first three albums, 2015’s Glitterbug cracked the U.S. market. The band’s latest, Beautiful People Will Ruin Your Life, is set for release in February; a single, “Lemon to a Knife Fight,” has already been released, and this summer the Wombats will tour America with Weezer and the Pixies. But ahead of that, there’s a headlining tour. 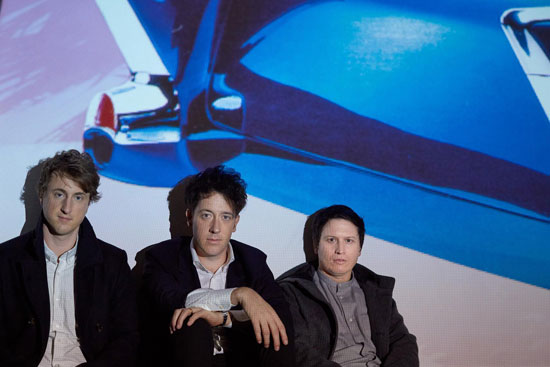 Though the Wombats’ success in the U.S. took longer to materialize, the band’s guitarist, lead vocalist and lyricist Matthew “Murph” Murphy says that the group now “plays similar size venues on both sides of the pond.” He suggests that breaking through in America took a bit longer because his lyrics “are not easily digestible.” But Murph believes that good things come to those who are patient. “There’s something more rewarding about that than having it all come to you at once,” he says.

The Wombats’ latest album showcases a modern sound that seems to draw upon both the jagged vibe of punk and the dance-oriented 1990s sounds of nearby Manchester. But Murph dismisses comparisons to the Britpop scene. “I do love that era of guitar music,” he admits, “but I just try to write stuff that resonates with me personally.”

After releasing three albums on Warner imprint 14th Floor Records, the Wombats moved to Kobalt Music Group to release Beautiful People Will Ruin Your Life. “We weren’t exactly a priority artist at Warner,” Murph says. But he’s not bitter; he understands the realities of marketing music in the 21st century. Revealing both that understanding and more than a hint of humor, he observes that “You can squeeze a lot more Michelin stars out of Ed Sheeran than you can the Wombats.”

The lyrics of tunes like “Lemon to a Knife Fight” might be inscrutable to American audiences, but the Wombats’ groove – especially onstage, where Murph believes the band is at its best – is undeniable.