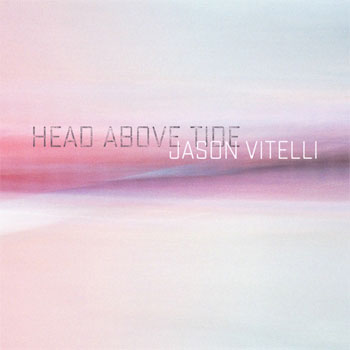 Vitelli’s crystalline, classically-inflected piano style and clear voice give the music on Head Above Tide a regal, refined feel that may remind some of Neal Morse-era Spock’s Beard crossed with early Billy Joel. There’s a deliberately dry production aesthetic to the songs that conveys a kind of immediacy; listeners will feel as if they’re right there with Vitelli and his backing musicians.

While the album starts out with a melancholic and spare approach, Head Above Tide slowly reveals itself to be a carefully textured album. Vitelli’s pianistic compositional style affects the entire arrangement: the sawing classical strings in “Fault Lines” suggest the direction Roy Wood might have had in mind when he co-founded the original Electric Light Orchestra.

But Vitelli is a more serious composer in terms of the kind of ambience he seeks to create with his songs. The tunes are full of drama and pathos, but those qualities are – often as not – delivered by the instrumental work. As the album winds on, previously hidden progressive-rock tendencies bubble to the surface: “The Persecuted” is a trick time-signature workout with multiple distinct movements, disguised as a pop tune.

Those looking for a rocking outing may be underwhelmed by Head Above Tide; it’s simply not that kind of a record. Instead, it’s a kind of prog-minded (and occasionally jazzy) take on the singer/songwriter genre. And it’s worth noting that such a hybrid is a rare thing.

And in that, it’s emblematic of the album’s overall stealthy nature. Head Above Tide is quite subtle, but with that subtlety comes depth. The disc may not reveal all of its charms on initial listen; ace guitar solos are sometimes buried in the mix. But repeated listens yield rewards.