A Look Back at Traffic’s ‘Mr. Fantasy’ 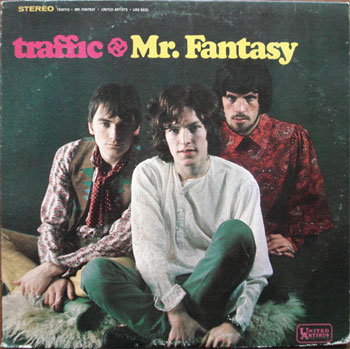 Singer and multi-instrumentalist Steve Winwood was mere days short of his 19th birthday when he formed Traffic with guitarist Dave Mason, drummer Jim Capaldi and woodwinds player Chris Wood. Other than Winwood – who had enjoyed success as lead singer of the Spencer Davis Group, with hits including “I’m a Man” and “Gimme Some Lovin’” – none of the band members was especially well-known. Winwood had developed something of a reputation as a modern-day blues shouter, though the music he would make with Traffic explored far beyond the confines of blues.

In the hands of a lesser group than Traffic, the various musical styles represented on Mr. Fantasy may well have been a mishmash; instead, they blend relatively seamlessly, and display the group’s intelligent, creative eclecticism. Unlike many of the group’s contemporaries, the original lineup of Traffic was a band featuring multiple multi-instrumentalists. That wide facility helps give the album its character: Winwood, Capaldi and Mason played keyboards; Winwood and Mason both played guitar; all four sang and provided percussion. And somewhat atypically for a drummer, Capaldi was an effective and prolific lyricist.

In retrospect, the instrumentation on Mr. Fantasy is pure 1967: the tape-based Mellotron keyboard is used often, harpsichord makes multiple appearances, and the requisite exotic Eastern instrumentation (sitar, tambura) is sprinkled across the songs. Wood’s saxophone and flute were still somewhat unusual in their use on a rock record by a group member; such duties were often ceded to session players.