Note: An edited version of this feature appeared previously in Keyboard Magazine. 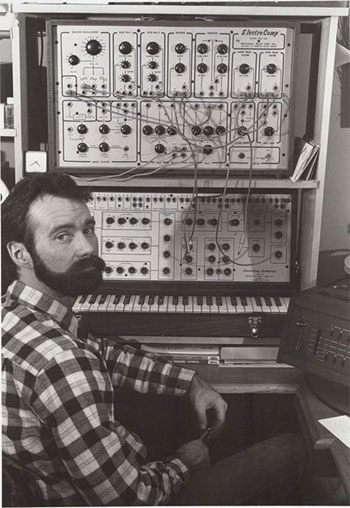 Allen Ravenstine is best known as the synthesist for Cleveland’s underground experimental rockers Pere Ubu; his work is featured on all of the albums that band made through 1991, and a number of live and compilation releases. But around the time of recording Pere Ubu’s debut single (1975’s “30 Seconds Over Tokyo”) Ravenstine had created one of the most intriguing items in his catalog. Working with the primitive yet powerful EML ElectroComp 200 synthesizer – and joined by bassist Albert Dennis – he recorded a fifteen-minute work called “Terminal Drive.”

Though pieces of the track have surfaced in the past – most notably in the form of a track called “Home Life,” included on a bonus disc that was part of the 1996 Pere Ubu box set Datapanik in the Year Zero – the complete “Terminal Drive” was long thought to be lost. But through a still-murky series of events, a tape recently surfaced, and Smog Veil Records release the track on vinyl in September 2017.

By the time Ravenstine recorded “Terminal Drive,” the availability of user-friendly synthesizers was on the rise. But he had chosen the EML. “I wish I could answer why,” Ravenstine says. “I don’t remember doing a lot of research and deciding.” He does recall that the Connecticut-based company’s back story impressed him. “Whether it’s true or not I can’t honestly tell you,” he says, “but my understanding is that EML was contracted by the state of Connecticut to design a synthesizer that could teach school children the basics of electronic music. And it had to be indestructible.” 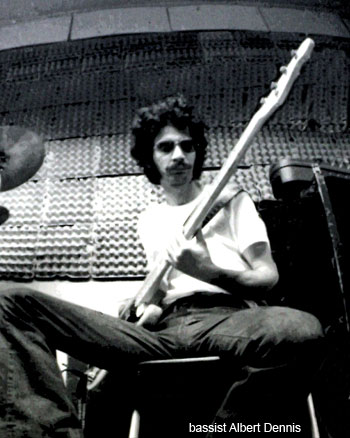 For Ravenstine, the relative simplicity of the EML 200 was a feature, not a bug. “It had no internal patching whatsoever, and it had no keyboard,” he says. “And that was fine with me because I didn’t have any use for a keyboard, anyway.” He also thought the unit was aesthetically pleasing. “I liked the fact that when you wired it up, it looked like an old switchboard. It had a lot of appeal on a physical level.”

Ravenstine also liked the fact that whenever there was a question or problem with the EML 200, he could just pick up the phone. “Usually when I would call over there, somehow I’d end up talking with the guy who built it,” he says. But when he explained that he was planning to use the 200 in live performance with Pere Ubu, the EML people were skeptical. “They were surprised that anybody would try to use it in a live situation,” he says. “So they helped me come up with some extra pieces that might make it more friendly.” The upgrades included an EML 300 controller unit featuring a primitive sequencer and a 4×4 matrix of control buttons that could trigger sounds.

But for “Terminal Drive,” Ravenstine had used only a 200 model. “It had one button, so you could organize things and then trigger an event with that one button,” he says. “So it wasn’t completely reliant on knobs.”

The structure of “Terminal Drive” is halfway between composed and improvised. “I worked then exactly the same way that I work now,” Ravenstine explains. “I come up with something that’s interesting to me, and I play it. So in that sense it’s improvised. And then I lay it down on a track and listen to it. Then that thing suggests another thing to me.” On-the-fly composition might be an accurate way to explain Ravenstine’s process. “It’s never happened that I sat down and had an outline for something that I was going to try to make,” he says.
The avant-garde, proto-ambient “Terminal Drive” is evocative of Ravenstine’s situation at the time: he lived in a seedy, low-rent section of Cleveland, a city then characterized by an industrial, polluted landscape rife with urban decay. “All of us are products of everything that ever happened to us and the way we see the world,” he says. And Ravenstine found a kind of beauty in his surroundings. “The Cuyahoga River is a very winding river; for a number of miles in Cleveland, it may have more bridges over it than any other river in the world,” he says. Those iron bridges – many of which were built in the 1800s – feature giant rivets. “They were very attractive to me structurally,” Ravenstine says. “That environment had a lot of appeal to me; it had a black-and-white photograph kind of appeal.” 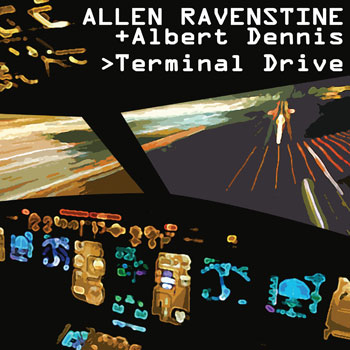 But it was scary, too, especially for a white 25-year old who had grown up in the suburbs. “I didn’t really have any exposure to the inner city, to crime, to any of that kind of stuff,” Ravenstine says. “So that was very much a rude awakening to me. And I’m sure that it affected me in many ways.”

All of that – the grotesque industrial beauty as well as the sense of lurking danger – is reflected in “Terminal Drive.” “My method when I’m thinking about a particular sound,” Ravenstine explains, “is not to try to find a way to duplicate it, but more to try to evoke the essence of it.” The icy, buzzing, throbbing textures of Ravenstine’s EML and Dennis’ bowed bass combine to paint an aural portrait of the then-crumbling Cleveland and its environs.

Ravenstine admits that he doesn’t know exactly how and why the full “Terminal Drive” suddenly showed up some forty years after its recording. A couple of years ago, Robert Wheeler (Ravenstine’s replacement in Pere Ubu) phoned him and let him know that a label had expressed interest in releasing the legendary recording. “I told them I’d be delighted to let them have it,” Ravenstine recalls. “But I didn’t have it, and I didn’t know who did. I didn’t have any idea what happened to it.” Still, he promised to look for it.

“I did everything I could do to find it,” Ravenstine says. He contacted Suma Recording, one of Cleveland’s premier studios. “I thought they may have been involved,” he says. But he had no luck. Eventually he gave up. “I just wrote it off as, ‘whatever, not gonna happen.’” Not long after, he was contacted by Frank Mauceri of Smog Veil Records, who sent him some audio snippets and asked Ravenstine to identify them. 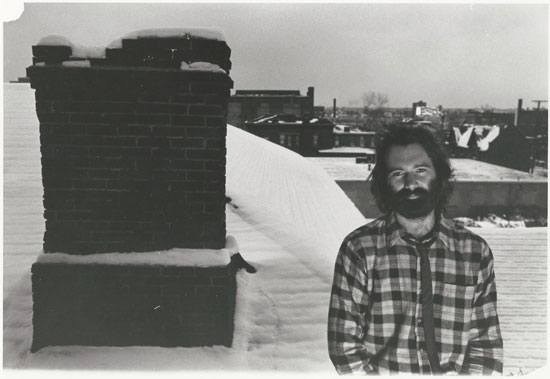 “It was very odd,” Ravenstine says. “It was sort of like when you’re at the airport and they have an announcement: ‘If you lost your wallet, please return to Gate 12 and be prepared to identify it.’” He believed that Mauceri had access to something, but wasn’t sure if it was the real “Terminal Drive” and didn’t want to reveal the whole thing until the deal was finalized. Ravenstine listened to the brief clips and told him, “You know what? I think this is it.” Mauceri worked out a deal with the person who had possession of the physical tape, and a release was scheduled.

More recently, Ravenstine reached out directly to that individual in hope of obtaining the original tape. “I asked him, ‘How in the world did you end up with it?’ And he didn’t know. That’s what happens: after forty years, there’s an awful lot of things people don’t remember.” But talking to the unnamed individual, he did learn one thing: what had been found wasn’t the 1/4” original master, done on a 15 ips TEAC machine. “I think that what Frank got from this seller in Ohio is a cassette,” Ravenstine says. In any event, the fidelity of the new release – from an unknown-generation dub – is surprisingly good, a testament to the technical quality of the original.

Looking at a chronology of Ravenstine’s musical credits, one notices a lengthy gap. Not counting retrospectives and box sets, his prodigious output stops completely after 1991, and doesn’t pick up again until 2013, when he recorded a pair of releases (Farm Report and City Desk) with Robert Wheeler. In fact Ravenstine quit music for many years, becoming a commercial airline pilot. It was only around the time of the documentary I Dream of Wires that his interest in making music was reignited.

Ravenstine was asked to be involved in the film, and when he learned that Robert Wheeler would also be featured, he had an idea. “I said, ‘Robert and I have never played together; would it be possible for us to do that while we we’re in the studio doing this movie?’” The result of that collaboration is the pair of CDs released in 2013.

He released a solo work, The Pharaoh’s Bee, in 2015; another album is in the can, and yet another is nearly finished. And along the way, Ravenstine has added a number of components to his music-making setup. He received a Moog Theremini as a gift, and soon thereafter purchased a Doepfer Dark Energy and a Rare Waves Grendel. “Today I work with analog synthesizers, some digital synthesizers, digital recordings of instruments, and Apple Logic,” he says. And he still has the old EML 200 he used to make “Terminal Drive.”