Getting to the Point with Kim Simmonds: The Savoy Brown Interview, Part Two 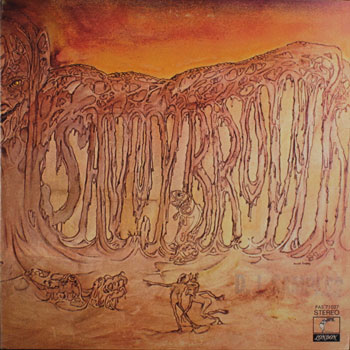 Released in the UK only, Savoy Brown’s debut album Shake Down was a collection of eleven songs; all but one (guitarist Martin Stone’s “The Doormouse Rides the Rails”) were classic blues covers. But a mere ten months later, Getting to the Point was released; more than half of that album featured original songs written in whole or part by Simmonds.

He admits that the focus on writing original material had been encouraged by the band’s management. “Everybody usually starts with other people’s songs,” he says. “And then, if you’re going to grow as a band, you realize that you have to start writing your own stuff in that style. I think we realized that, and management realized that.”

In the brief span of time between the release of Savoy Brown’s first and second albums, the lineup changed almost completely. On Getting to the Point, only Simmonds and pianist Bob Hall remained from the group that had recorded Shake Down. And that revolving-door quality would persist as a defining characteristic of the band for decades to come.

Simmonds is a positive, forward-looking man, but he admits to a few regrets. And at the top of that list is the breakup of the original Savoy Brown. “Well, I don’t know if it’s my regret, because I had nothing to do with it,” he says. “But looking back, I’ve would’ve liked that band to have stayed together. Because sometimes I wonder how different I would have been personally, and how different things would have been. You never know.”

Simmonds notes that when the early lineup – centered around him plus bassist Ray Chappell, drummer Leo Manning, and Portius on vocals – broke up, he was left with running the band. “Which, looking back,” he admits, “wasn’t great.” He says that the original lineup was his favorite of the more than 30 configurations of Savoy Brown. “Once John O’Leary left, without me knowing it, it was a different entity. And then I just did whatever the heck I wanted to, you know. If people could get aboard with the vision, they could,” he says. “If they couldn’t, I went elsewhere.” 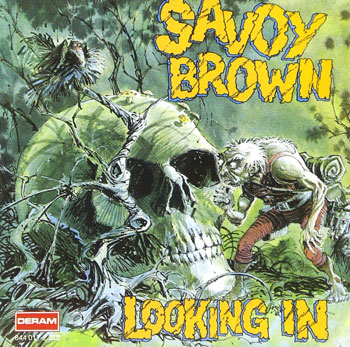 Many of the musicians who would pass through the ranks of Savoy Brown would go on to success with other groups. Some of the most notable among these are drummer Hughie Flint (the former Bluesbreaker would go on to start McGuiness Flint), and the trio of “Lonesome Dave” Peverett, Tony Stevens and Roger Earl, who left the group en masse in 1971 to create Foghat. Later, bassist Andy Pyle would leave, eventually joining the Kinks.

And though his tenure in the band was quite short – in fact he would never play on a Savoy Brown record – Bill Bruford played drums behind Simmonds in 1968. “There was that time in ’68 when I had lots and lots of musicians in the band,” Simmonds says. The core of the group was Simmonds and vocalist/songwriter Chris Youlden. “Lonesome Dave had just joined on rhythm guitar. Things were a little loose, and the band hadn’t solidified in its lineup. We were gigging, and we would hold auditions. We thought, ‘Bill Bruford is a really great guy, and we like him enormously. Okay, let’s bring him in the band.’”

But Simmonds quickly discovered that while enormously talented, Bruford was not suited to the music of Savoy Brown. “He wasn’t a blues drummer,” Simmonds recalls with a chuckle. “Unfortunately, I had to tell him it wasn’t working out. He really wanted to know what the problem was, and looking back, it was very mature [of him] to look at it.” Bruford was 18 or 19 at the time. 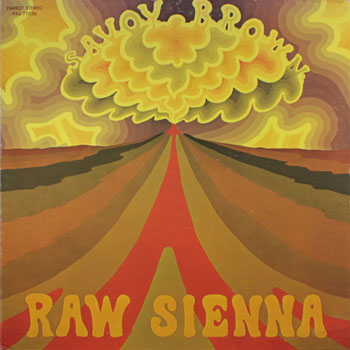 “He wasn’t playing the shuffle properly,” Simmonds explains. But at the time he wasn’t able to express that clearly to Bruford. “I’ve never been a technical person,” he says. “So the only thing I could say to him was, ‘It’s just not sounding right,’ or something. I always regret not being able to say to him, ‘You bang too much in the song. It’s so much simpler.’ I didn’t have the maturity at the time to be able to voice that sort of thing. And of course he would become one of the greatest drummers that we know. And a lovely guy.”

Despite the personnel changes, Savoy Brown would earn consistent success in North America. In fact their stateside popularity far outpaced the band’s success at home in the UK. “The lineup changes didn’t help,” Simmonds concedes readily. “We were still in the era when people looked at that as a little odd. Nowadays, it doesn’t matter a fig.”

But he believes there was more to it than that. Simmonds notes that the subject of his band’s modest-at-best success in England is “such an obvious question I’ve answered a million times, but it’s still somewhat of a mystery.” He insists that the late ’60s and early ’70s Savoy Brown was “maybe one of the best British blues bands ever, but even still to this day, the band isn’t talked about in the UK. So there’s something that I can’t put my finger on.”

Still, Simmonds suggests a likely reason. “The simplest thing is that we didn’t have any hits. And if you don’t have any hits, you’re not popular,” he says. “There’s no point in beating around the bush. Any band has to have hit records to make a mark in the world. It doesn’t matter how good of a musician you are; it doesn’t matter what you’ve got going. The music just didn’t catch on in a big way.”