Home  »  blues • interview • new release • rawk   »   Getting to the Point with Kim Simmonds: The Savoy Brown Interview, Part One

Getting to the Point with Kim Simmonds: The Savoy Brown Interview, Part One 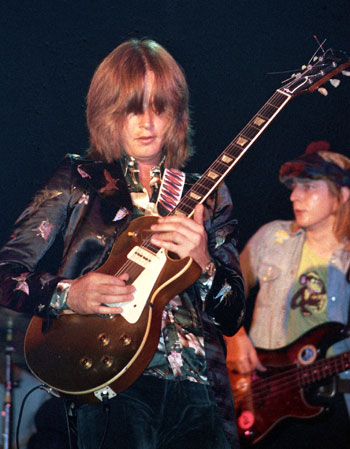 Savoy Brown was among the first groups to kick off the British blues boom of the 1960s. Alexis Korner’s Blues Incorporated and John Mayall’s Bluesbreakers were already on the scene by 1965 when guitarist Kim Simmonds put Savoy Brown together, but the widespread explosion of British acts building upon the foundation of American electric blues came only with the success of Cream, Peter Green’s Fleetwood Mac, Ten Years After and Simmonds’ group.

Unlike those other acts, however, Savoy Brown persisted after the boom subsided. In fact Kim Simmonds’ band would enjoy its critical and commercial apex in the 1970s, by which time general interest in British blues had somewhat diminished. Yet fifty years after the release of its first album, Savoy Brown remains a going concern; Simmonds’ current lineup released Witchy Feelin’ in August 2017, and followed the album with a tour of the United States.

Simmonds got into music early. Born in 1947 in Newbridge, Wales, about 30km north of Cardiff, he was immersed in music from childhood. His first exposure to much of the music that would inspire him came via the record collection of older brother Harry. “It started with rock and roll,” Simmonds says. “I remember the very first single I ever heard was ‘Cry’ by Johnnie Ray, in 1952 or ’53. Harry would play it on the record player continually.” Bill Haley was his next discovery. “Haley became very popular in England at that time,” Simmonds recalls. His brother was a secretary of Haley’s UK fan club. “He was very involved in that music.”

Another means of discovering new music was going to the cinema. “There were no real rock ‘n’ roll tours in the ’50s,” Simmonds says, “So my brother took me to see all all the rock ‘n’ roll movies. I grew up with all that: Little Richard, Bill Haley, and of course Elvis.”

By age 10 he had moved with his parents and brother to London. “I spent most of my formative years in inner-city, South London,” Simmonds says. At that time, blues became popular in England. “You could buy blues records in jazz stores,” he recalls. “My brother would go to a jazz record store and maybe pick up a Memphis Slim album; Slim was one of the sophisticated blues guys that could keep one foot in the jazz world and one foot in the blues world.”

Simmonds bought his first guitar when he was 13 years old. “It was an acoustic,” he recalls. He had saved up money to purchase the instrument via mail order. “I sort of quickly realized that there was a difference between acoustic and the electric,” he says, “and if I wanted to play electric, I’d better switch straightaway.” He soon bought an electric Hofner guitar. “I must’ve had some kind of small amplifier of some sort,” he recalls. “I don’t know; maybe it was a radio or something.”

He gained proficiency on guitar quickly. “Looking back now, I think I was meant to be some kind of artist,” Simmonds says. “Because it was fairly easy for me to direct myself to an instrument.” He suggests it could have just as easily been some other artistic pursuit. 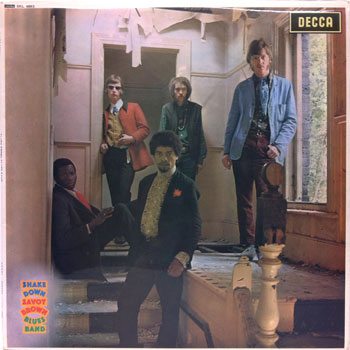 By age 15 Simmonds was buying records himself, and venturing out on his own to London’s blues clubs. “I still liked r&b; the first record I bought was ‘Twist and Shout’ by the Isley Brothers,” he says. But once he discovered Chicago-style blues, he knew that was the musical direction he wanted to pursue. “The Chicago blues style is really what led me where I am today,” he says.

The hard-edge character of Chicago blues appealed to the young guitarist. “You had Howlin’ Wolf singing ‘I wanted water, but she gave me gasoline,’” Simmonds says. “That was pretty cool to a kid who wasn’t interested in ‘It’s my party, I can cry if I want to.’ Chicago blues was heavy, and had great guitar riffs. Tough music, and much better than the pop music at that time.”

Simmonds was only 17 when he put together the earliest lineup of Savoy Brown. “I was 18 when I made the first singles, and 19 when I made the first album,” he says. Prior to forming the group, he had remarkably little musical experience of any kind. “ Nothing, really,” he says. “I had played around on the instruments, but I hadn’t been in a band or anything.”

He recalls that when Savoy Brown began, “London was overrun with dance groups. Everybody was playing Motown songs and dance songs.” In 1966 Simmonds and harmonica player John O’Leary opened a blues club in South London. “That turned into a genuine blues club,” he says. “And the scene exploded. The bands pushing the whole blues thing were Savoy Brown and Fleetwood Mac. And then in ’67 or ’68, the British blues boom hit, and everybody jumped on the bandwagon.”

Simmonds notes that instead of rivalry, there was a sense of camaraderie among the early British blues bands. “When I saw Fleetwood Mac, I just thought, ‘Oh, fantastic work,’” he says. “I just loved them, like the whole of the country did, really. I think they had more appeal than Savoy Brown. Fleetwood Mac were much more accessible to people, and rightly so.”

That first lineup of Savoy Brown included vocalist Brice Portius. And while mixed-race bands were seen as unusual in the United States – there were few beyond The Rising Sons (with Ry Cooder and Taj Mahal) and Love (featuring Bryan MacLean and Arthur Lee) – Simmonds says that Savoy Brown never experienced any problems with fans who saw it as an issue. “I don’t think for one minute people thought of any color thing at all,” he says. “It was a racially mixed band, and when you look back now you might go ‘Wow.’ But it seemed very natural to me.”