As we begin another calendar year, now seems like a good time to clear out some of my backlog. All of these albums are new (or at least newish) releases. 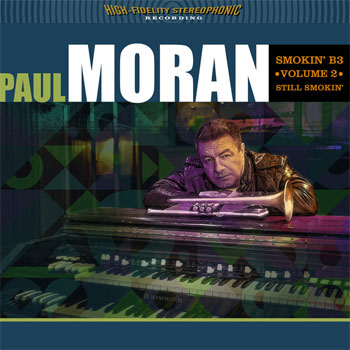 Paul Moran – Smokin’ B3 Vol. 2: Still Smokin’
As a lover of soulful organ jazz a la Jimmy Smith, I was taken in by the title of this set. And though it kicks off with a relatively undistinguished cover of the Beatles’ “Come Together,” overall it’s a top-flight effort. Moran’s originals fit nicely alongside ace readings of classics like Nat Adderley’s “Work Song” and Jobim’s “One Note Samba.” And that opening cut notwithstanding, it really is a smokin’ set. It swings in all the right places, with inventive interplay throughout, and Still Smokin’ shows that well into the 21t century there’s still a place for classic-sounding soul jazz. 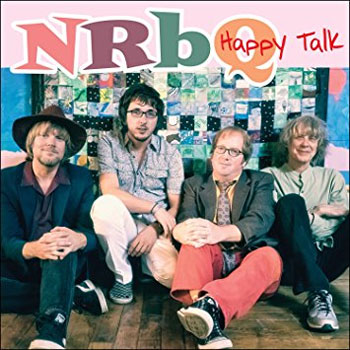 NRBQ – Happy Talk
Some fans are given to questioning whether the current lineup of NRBQ is in fact “real” Q. We’ll set aside that discussion here and instead focus on the music itself. This brief five-song EP certianly does what NRBQ has always done (and done well): blur the lines between musical genres. With elements of everything from New Orleans style r&b to blues to country, Happy Talk is as modest, unassuming and ultimately successful as any of the group’s recent efforts. It’s also perhaps a tad more democratic than some past releases, with lead vocals from three of the group’s four members. 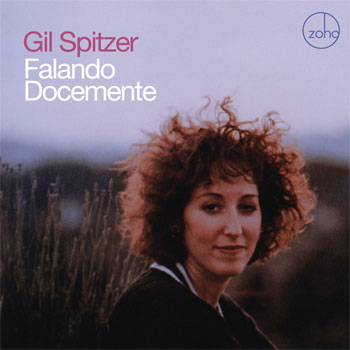 Gil Spitzer – Falando Docemente
This lovely set from the New York City alto saxophonist focuses on smoldering bossa nova jazz, with all the brushed drum work and sultry soloing that suggests. That ineffable you-are-there quality is wonderfully captured on the disc’s dozen tracks, all featuring Spitzer fronting various combos. Sometimes he’s backed by violin, viola and/or cello, but most of the time it’s the more traditional piano-bass-drums (and guitar) lineup. Subtlety is the watchword here; on the songs with strings, the vibe is halfway between gypsy jazz and chamber classical. A few uptempo tracks enliven things, but Falando Docemente is primarily an understated outing. 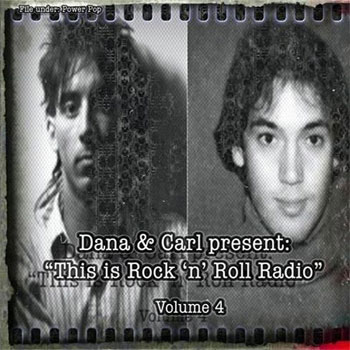 Various Artists – Dana and Carl Present: “This is Rock ‘n’ Roll Radio” Vol. 4
This collection is essentially a radio program burned to CD. The power pop tag applies perhaps as well as any other, with ace tunes form the Pop-Co-op, the Smithereens, the Grip Weeds, Chris Von Sniedern, Lannie Flowers and other like-minded artists. If those names get your attention, you’re likely to enjoy this disc, jam-packed as it is with nearly 30 tunes. Occasionally the production values lean in a lo-fi direction, but the chiming, hooky tunes generally transcend any technical shortcomings. Since Jordan Oakes abandoned his Yellow Pills series long ago, this will suffice for those needing a power pop fix. 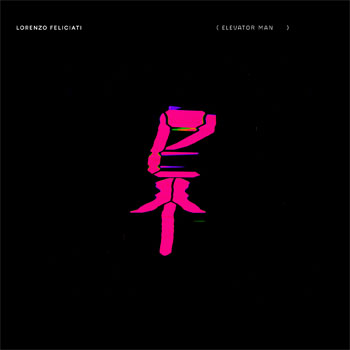 Lorenzo Feliciati – Elevator Man
Jazz-leaning progressive rock is alive in well. As on his 2015 album Koi (and to a lesser extent with his more recent Mumpbeak project), Feliciati coaxes accessible yet exploratory sounds out of his basses. The vibe here is more accessible – cinematic, really – than much of what passes for progressive rock in the 21st century. “Elevator Man” bears more than a passing resemblance to King Crimson’s “Red,” but who says that’s a bad thing? Elsewhere one finds welcome shades of Brand X, Genesis and even Jaco Pastorius. Celebrated drummers Chad Wackerman and Pat Mastelotto crop up here and there. 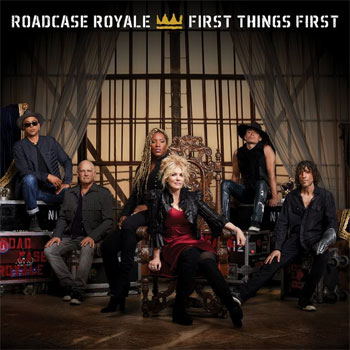 Roadcase Royale – First Things First
To the extent I knew about them, I had the impression that Ann Wilson was the greater talent of the two sisters fronting Heart. So when I heard some of Ann’s solo stuff and I found it underwhelming, I was even less predisposed than before to give a listen to whatever Nancy did after Heart. But First Things First from Roadcase Royale, the new group fronted by Nancy Wilson and former Prince associate Liv Warfield (and featuring Warfield’s lead guitarist plus most of the late-period Heart lineup) is very good. It doesn’t sound like Heart, but it’s vital, catchy stuff. 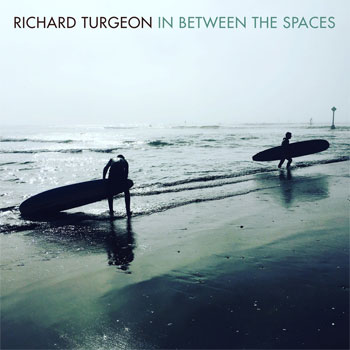 Richard Turgeon – In Between the Spaces
The cover art and packaging of this CD suggests something contemplative and – heaven forfend – adult. But pop in the disc and a surprise awaits: muscular rock a la the Smithereens, with soaring harmonies. Sounding very much like a band, Turgeon sings and plays most everything here, with a spot of help by bassists here and there. The lyrics are often as not a tad on the nonsensical, silly side – “Bigfoot’s an Alien,” is a representative sample – but the aaah-filled vocal parts – very reminiscent of the Mockers’ debut Somewhere Between Mocksville and Harmony – soar consistently. 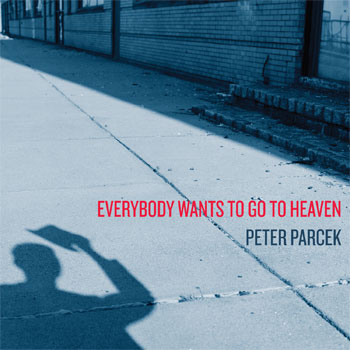 Peter Parcek – Everybody Wants to Go to Heaven
This sizzling blues guitarist certainly displays excellent taste. In addition to the orignals that populate most of this album, his selection of covers tells much about where he is musically. Peter Green’s “World Keep on Turning” gets a wonderfully hypnotic and lumbering, malevolent reading. Blind Lemon Jefferson’s oft-covered “See that My Grave is Kept Clean” is given a deeply spooky arrangement redolent of Dire Straits’ work circa the Local Hero soundtrack. Parcek consistently works with the less-is-more aesthetic, wringing a full sonic landscape out of just a few instruments. Guests include Spooner Oldham and Luther Dickinson; that tells you something. 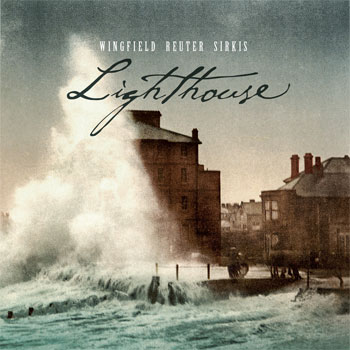 Wingfield Reuter Sirkis – Lighthouse
The Moonjune logo on a CD is pretty well a trademark of quality. Add to that the involvement of touch guitar master Markus Reuter (Centrozoon, Stick Men) and it’s all but certain that the music will be intimidatingly impressive and heavy. And that’s true of Lighthouse, which also features guitarist Mark Wingfield and (a very Larks Tongues in Aspic-era Bill Bruford-ish) Asaf Sirkis on drums. The guitars adopte a malevolent tone that builds on Robert Fripp’s Red era work, and dispenses altogether with vocals. This is dark, sinister music, but the trio achieves that ambiance without reverting to musical clichés. 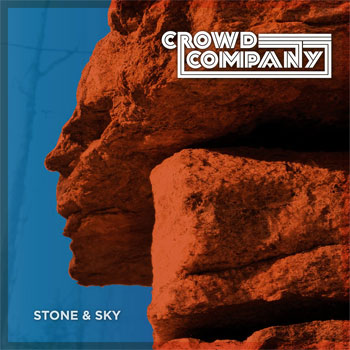 Crowd Company – Stone & Sky
Of late, British-based outfits have been at the forefront of a resurgence of classic-sounding funk and boogaloo. Though they’re now based in the USA, the New Mastersounds lead this pack. Now comes Crowd Company, and eight-piece ensemble featuring a pair of vocalists, Esther Dee and Joanne Marshall (guitarist Robert Fleming sings, too). With plenty of wah-wah Clavinet and beefy horns, this group delivers the goods in classic and timeless style. While the group clearly has the chops to jam endlessly, they instead focus on tight songcraft. Crowd Company is among the best bets for large ensemble funky soul, UK style.