A look back at Love’s ‘Forever Changes’ 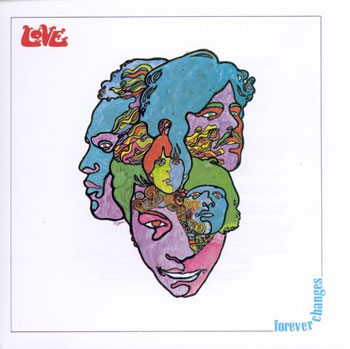 From the release of Love’s March 1966 debut single, “My Little Red Book” b/w “A Message to Pretty,” it was clear the Los Angeles Group was a breed apart from its contemporaries. The group – led by Arthur Lee – built much of its music upon a snarling, sneering proto-punk aesthetic not completely removed from the style of bands like the Seeds. But just under the surface, there lurked a deeper complexity and nuance.

There had been multi-racial bands before Love: though they never achieved any kind of commercial success, the short-lived Rising Sons were led by Taj Mahal and Ry Cooder. But Love had a black man as its primary writer and front man, and enjoyed the higher profile and accompanying marketing boost that came with having signed to Elektra, home of (among others) the Doors.