The Magma Mega-interview, Part One

There is almost no useful frame of reference to describe the music of Magma. Founded in 1969 by French pianist/drummer Christian Vander, Magma has never conformed to conventional ideas about genre, or much else for that matter. A constantly rotating lineup of musicians has passed through Magma’s ranks; the band has released more than a dozen studio albums, at least as many live releases, plus numerous compilations, DVDs and boxed sets. Vander’s side projects – a jazz trio and quartet, and an ’80s-era spinoff project called Offering – are relevant within the Magma universe as well.

Magma has never existed anywhere near the musical mainstream. However, the group’s works have received enthusiastic praise from open-minded critics – Rolling Stone named 1973’s Mëkanïk Dëstruktïw Kömmandöh #24 on its list of the greatest albums in progressive rock. And some prominent tastemakers count themselves among Magma’s coterie of hardcore fans: a new documentary film, To Life, Death and Beyond: the Music of Magma features passionate commentary from Trey Gunn, Jello Biafra and Metallica’s Robert Trujillo, among others.

Magma all but defines underground music: early on, Vander was inspired to create nearly all of Magma’s lyrics in Kobaïan, a language of his own construction. And the group’s uncompromising style – often characterized by martial-sounding music with angelic, operatic vocals – demands much from the listener. As unlikely as it might seem, today Magma is as busy as ever, with a high-profile documentary, recent career-spanning boxed sets and reissues, and even concert dates in the U.S.

Christian Vander speaks very little English; his wife (and Magma vocalist since 1973) Stella provided translation during our recent conversation, occasionally fielding some of my questions herself. [Note: Stella’s responses are noted in blue text.] Over the course of our lengthy and wide-ranging interview, we discussed the origins of Magma, Vander’s method of composition, the Kobaïan constructed language, and how Magma fits into the overall musical landscape. One thing became abundantly clear: Christian Vander does not believe that Magma is a prog band. 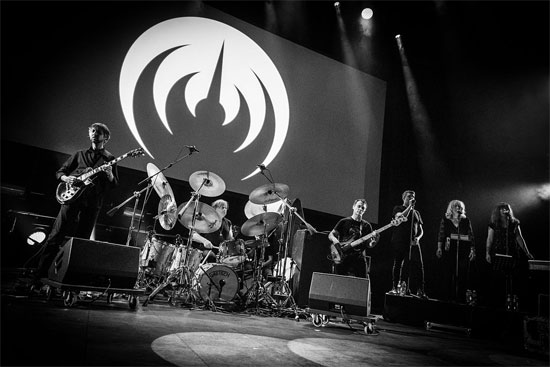 What was your musical training and background before Magma?

I started to work with a drum teacher only on the tambour, the classical snare drum. But also I was always going to jam in the jazz clubs, and I didn’t work very long with this teacher anyway, because I thought it was not the right thing to do for me. And even before that, when I was a kid, my mother was a very good friend of Elvin Jones. Elvin was hanging out at my mother’s place, and he showed me a few tricks … not on a real drum, but whatever he could find to [serve as] a drum at home, like, a toy.

Also, Chet Baker was a good friend of my mother, so he was the one who would teach me how to do the 4/4. Chet Baker gave me my first drum kit when I was 14 or 15 years old. He had said to me, “You come tonight with a taxi at the door of Le Chat Qui Pêche” — it was a jazz club in Paris where he was playing — “And I will wait here for you with a drum kit for you.” So, I came and took the drum kit. And many years after, I discovered that Chet stole the drum kit from his own drummer and gave it to me. In fact, people from the police came and said, “You are holding a stolen drum kit. You have to give it back!”

How did the concept of Magma originally come about?

I was listening to a lot to John Coltrane. He didn’t want to play other people’s music; he decided that he had to do his own thing. Iin 1967, I decided I had to leave France, so I went to Italy and played with funky bands, playing funky music, rhythm and blues. In 1969 suddenly I felt very strongly the fact that I had to go back to France and do something; probably that was the beginning of Magma in my head. I didn’t know what it was at the moment, but I felt something very strong telling me, “You are to go, and you have to do your own thing. You have to do your music.” So I left Italy within a few hours, went back to France and started to look for people who could be interested. And that’s when Magma started, the story about Magma and Kobaïa and all that stuff.

For many years, much of Magma’s music centered around that Kobaïan story. Is that story now complete?

The story of these people leaving Earth for a better place, another planet … is not finished. Because as [early Magma bassist] Laurent Thibault said, Kobaïa is a planet … Kobaïa [is like] Earth, but without — how do you say — the stupid, the dumb people. Instead it had people with something in mind, and who wanted to work for a better place. They wanted to make this place a better place, but they had to do it on another planet. Because it looks like it’s impossible to do that on Earth. We could verify this, you know?

So, it’s not science fiction. You see what I mean? It’s not about another planet with other people already living there. It’s just [about] escaping from here, and there are many different ways to escape. But this is one of the ways, trying to create another planet somewhere. It doesn’t have to be in space.

The Kobaïan story prominently features themes of ecological disaster; do you see us closer or farther in real life from that storyline today than in 1970 when the story began?

Would you say are you less optimistic about the future of humanity?