Note: I recently conducted a wide-ranging and lively interview with Sidney Barnes; the result of that is an in-depth feature running soon in Record Collector Magazine. In the meantime, this shorter feature will whet your appetite. — bk 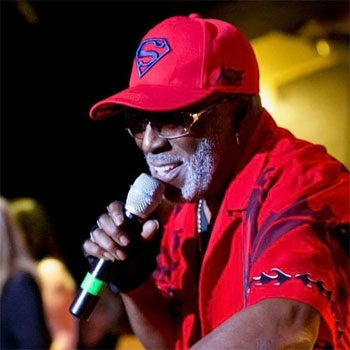 Born in a West Virginia mining town, Sidney Barnes eventually moved with his family to New York City “so that I could be closer to what was going on in the music business,” he says. His group the Serenaders cut some singles but didn’t find much success. He did get an audition with Motown Records head Berry Gordy, who signed Barnes to a staff songwriting and producer position.

By the middle of the 1960s, Barnes had moved to Detroit, where he worked with George Clinton on several recordings. He eventually signed with Chess Records, and Marshall Chess recruited Barnes into the multiracial Rotary Connection, billed as a “psychedelic soul” band. In addition to Barnes on lead vocals and songwriting, the group included a Chess secretary, Minnie Riperton, a singer possessed of a five-octave vocal range.

Initially a studio project (“it wasn’t a group,” Barnes says. “It was just a bunch of people”), Rotary Connection was ambitious and experimental. “We cut the first album, and it was a success,” Barnes says. “So the music group had to go out and promote it.” But the group didn’t do well live. “We> did what was supposed to be the last appearance, and then we were going to disband. So Minnie and I made it happen; next thing I knew, we were opening for Janis Joplin, Led Zeppelin and the Rolling Stones.”

In the early ’70s, Barnes decided to work behind the scenes, co-writing the Funkadelic smash “I Bet You” and other songs. “I liked singing, but I didn’t like appearing in front of people and traveling that much,” he says. In 2001 Barnes got an invitation to visit England, where – to his great surprise – his early singles were hailed as “Northern soul” classics. “They knew everything about me and everything I’d done,” he says. “It was an incredible feeling; I’d never had that happen before. It was like I was James Brown!”

Back home – where he found himself less well-known – Barnes decided it was time to get a day job and settle down. “I realized that I wanted to get married,” he says. “I’m a nice guy; no reason to be wandering around in the jungle naked.” So he went online and “met a nice beautiful lady.” She lived in Asheville, and when Barnes asked her to marry, she replied, “If you want to be with me, you’ve got to move to Asheville.” Barnes happily agreed.

Sidney Barnes has remained busy musically. He’s currently working with longtime friend George Clinton on a historical film with the working title Rhythm and Blues. Barnes’ current show features an evening of jazz standards, with famed accompanist Richard Shulman. “At this point I don’t have to prove anything,” he says. “I’m kind of glad I never had any million sellers, because that puts a lot of pressure on an artist.”