Joe Penland on the Connection Between Old-time Music and Storytelling 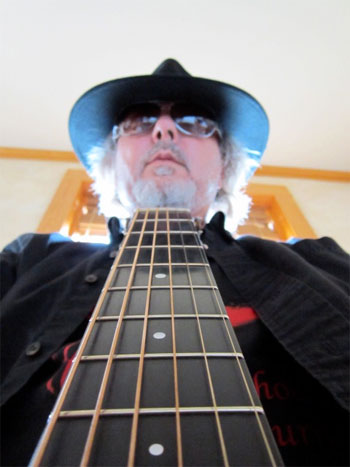 “I didn’t know I was a storyteller until I was told I was one,” says Joe Penland. A singer, songwriter and most definitely a storyteller, Penland is part of the ongoing movement to keep musical ballad traditions alive. He’s one of the featured speakers in From Knee to Knee: An Exploration of the Roots of Mountain Music, a new film by David Weintraub and the Center for Cultural Preservation. The film provides an account of the history and influence of old-time music.

Because storytelling and love songs are components of an oral tradition, the content inevitably changes over time. What do you think is the effect of those changes?

The stories are more condensed, usually, and more concise; extraneous material seems to be left out. But the essence of the stories remains, and can even be more clear. But with the folk process, it’s hard to say how that affects everything. I can’t tell you how the songs sounded two or three centuries ago. We only know how they were a hundred or so years ago, when they were collected by Dr. [Francis James] Child, or Cecil Sharp, collectors who actually put the songs down [on paper].

Practitioners of old-time music and story-songs often talk about the importance of saving the traditions, as if they’re some how in peril. Are these traditions truly threatened?

In their antique way, yes. I learned songs in the ’60s. I don’t have much way to sing the songs the way the people who taught me learned them; I just hope that the replication is accurate. These stories have been told over and over, and certainly will have changed over time. Who am I to say which is the more valid form of the song? Whether it’s delivered on the written page or sung by a singer accompanying himself, or even a cappella, the important part is that the story be told.

In terms of presenting the older songs, do you think it’s important to keep them musically true to the way they were done generations ago, or is it permissible to tweak them to make them more accessible to contemporary audiences?

I don’t think anyone has asked permission. If you perform a song that I’ve written, you’ve sort of decided to make it your song. I find that acceptable, as long as people understand that I wrote the song to begin with. Any way that the stories are presented personally is okay; the story lives on.

What separates folk songs from more formal kinds of music such as classical composition?

What are some of the observations you made when you were appeared on camera for Weintraub’s film?

The more you talk about a thing, the more vibrant it becomes. David asked me to sit and talk about the ballad tradition, but I couldn’t tell you know what I talked about. I have no recollection of it, other than that he got me started. And a hour and a half later, we were finished.

Sometimes I feel that if you put too much conscious effort into recollection, you leave out the essence of it. I find that in my performances: I have an idea where I’m going, and memory can take me where I need to be.