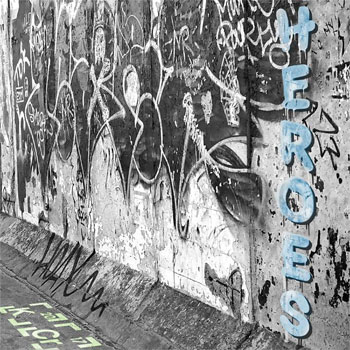 Jakszyk explains the group’s current thinking. “We are embracing the music as a whole, and we are going back and we are playing things that have either not been played in decades, or that have never been played live, ever.” He mentions a suite of songs off one of the group’s least-known releases (a relative term, that), 1970s Lizard. “It’s an amazing vibe to play,” he says. “And then right at the end of it, I just get to stand there and watch Robert play ‘Prince Rupert’s Lament.’ That alone is a good night out for me; I don’t know about anybody else.

“Robert knows that no one in this version of the band is going to say, ‘No, I don’t like that. I’m not playing any of that old stuff,’” Jakszyk says. “Everyone’s going to go, ‘Yeah, let’s give it a go. Fantastic.” Levin’s comment on the subject illustrates Jakszyk’s point. Noting that he has no favorites to play from the King Crimson catalog, he says, “I try to buy into each piece totally. If I’m not playing a great part on it, then it needs more work on my end.”

Notwithstanding the many archival releases via the King Crimson Collectors’ Club, the group hasn’t released an album of new material since 2003 (a 2017 EP does feature a heartfelt reading of David Bowie’s “Heroes”). Still, despite erroneous reports to the contrary, the current lineup has plenty of new music, and plays it on the current tour.

“I read a lot of stuff on forums slagging us off about the lack of new material,” Jakszyk says, “but you know what? We currently have a repertoire of around 3 ½ hours. And of that, I would say there is about 40 minutes of new material.”

In concert, the band’s three drummers set up along the front of the stage, with the other five musicians situated on risers behind them. One might think that playing with a roomful of drummers would pose challenges for a bassist, even one of Levin’s caliber and experience. “It has been a challenge,” he admits. “But not as hard as I expected it would be.” He says that’s largely due to the great amount of work the drummers have done on each piece, devising ways to divide responsibilities in creative ways that don’t clutter things up. “So it’s not at all like playing along with a few drummers hammering out the same part,” he says.

And it’s not all one big drumfest, anyway. “We do ‘Islands,’ Mastelotto says. “It doesn’t even have any drums for about six minutes. So we have to patiently chill. And you’ll notice that we never leave the stage. You could say, ‘Oh, this drummer’s not gonna play for five minutes; he can scoot off the stage, get a glass of water, or take a break,’ but we chose not to do that.” He compares King Crimson’s approach to that of an orchestra. “The triangle player is waiting for his moment. The third bassoon guy, he’s gonna sit there and be a listener and participate and not distract, and be in tune with the song until his moment comes. And that’s more of our modus operandi now.”

There’s a long-standing stereotype that applies to fans of King Crimson and other artists in the progressive rock genre. “The core audience of Crimson, as you know, is older men,” says Mastelotto with a chuckle. “Black t-shirt, spectacles, and usually a notepad and that whole thing; that’s kind of the joke. It’s an overstatement and oversimplification, this whole thing about how ‘there’s no line at the girls’ bathroom.’” 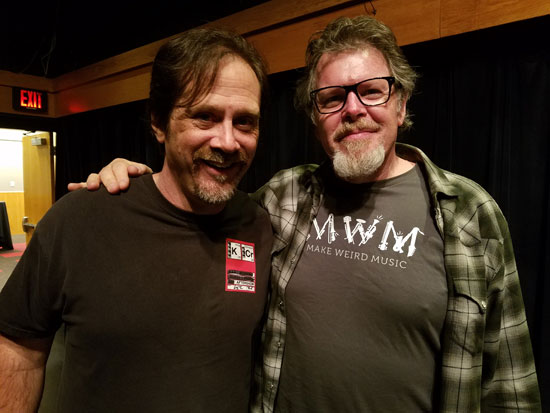 Mastelotto says that he’s noticed a change in the makeup of the band’s audiences. “There are more women,” he says. “We’re doing a few more ballads; we’ve added ‘Islands,’ which is another real tear-jerker. And I’ve heard directly back from women after the show, how much they respond to those songs.”

But the 2017 King Crimson lineup isn’t dialing back its overall intensity one single bit. He notes that some tunes like “One Time” or “Walking on Air” draw in listeners who prefer something a little more conventionally accessible. “But then sometimes we’ll play something like ‘Red’ or ‘Thrak,’ he laughs, “and drive ’em right back out.”

Still, in some ways the current-day King Crimson seems a kinder, gentler band; that may help to explain why – unlike most of the band’s previous incarnations – the current lineup is very stable. “We’re older and mellower,” Mastelotto suggests. “The management has become more focused, and DGM, Robert’s label, is more in control.” Mastelotto makes the valid point that “Robert doesn’t need to do this. He doesn’t have to do it. He retired. So the idea that he would want to start again is a powerful thing. He’s a happy guy. You can actually see him on stage now; you know, there were those years where he was hidden behind his amp, or off in the dark.”

Jakszyk provides a bit more context. “Robert said – and has said quite often – that this is the first version of King Crimson where there isn’t one member of the band that actively resents him.” For his part, he mentions the support and good vibes he received from Mastelotto and Levin when he joined the band. “They’re both ‘encouragers,’” he says. Jakszyk believes that with this lineup, “Robert has ended up with a bunch of guys who enjoy being on the road. And in my case, I’m absolutely amazed that I’m doing this at all.”

King Crimson has already scheduled live dates into 2018, but it’s anyone’s guess as to the long-term future of the group. “This is supposition,” Jakszyk cautions. “This isn’t a conversation I’ve had with [Robert], but my sense is that if this is going to be the last Crimson, let’s go out with a bang. Let’s leave an imprint.”