Two short years ago, singer-songwriter Ashley Heath was working by day as a barista, and playing music at night. She made the jump and became a full-time musician, releasing her debut album in 2016. And in July she headlined an evening of Asheville-based acts – all of whom are female-fronted – at the Orange Peel.

Heath recalls the challenge of playing gigs until quite late at night and then reporting to work very early in the morning. “For two years, I was just tired all the time,” she says. “And I just decided then that if I didn’t commit myself full time [to music], I probably never would.”

She readily admits that leaving the relative security of a day job was scary. “I wasn’t really sure if I was going to be able to pay my bills or not. You never assume the worst, but you have to be really prepared for it. I had money saved up, then I quit my job March 1st two years ago.” Heath has been playing music full time ever since. 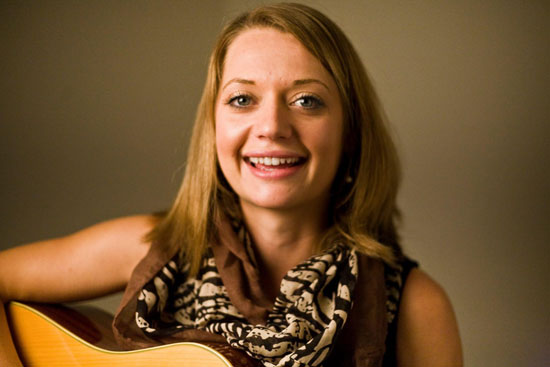 And though she had long been a musician – “I played flute and alto sax from 6th to 12th grade,” she says – Heath didn’t begin to write her own music until 2013. For a long time, she had said to herself, “Why do I need original music? I can just play other people’s songs forever!” But once the Marshall native moved to Asheville she had a realization. To succeed on the level she wanted, “You really need to have original music and your own sound,” she says.

In April 2014, Heath made it to the final round in the Brown Bag Songwriting Competition at Asheville Music Hall. Local musician Ryan Burns was one of the judges, and in the question part of the competition, he asked Heath what she wanted to do with her life. “I want to record an album,” she answered.

Burns, who was endeavoring to move into production work, replied that he wanted to make an album, too. And after a single session at Echo Mountain Studio in November 2014, the parties involved agreed they wanted to record an entire album’s worth of Heath’s original songs.

Heath had no budget, but she did have the support of fellow Asheville-based music professionals. “Everyone worked on spec,” she explains. “They just told me, ‘When you release this album, you’re going to pay us all back.’” The sessions were completed over two days, with additional work at Sedgwick Studios in Fletcher. A Different Stream was released in May 2016.

With revenue from shows, Heath says that she was able to pay back everyone involved in the making of A Different Stream. “I am really blessed and lucky,” she says. And while most artists use crowd funding campaigns like Kickstarter to finance recording sessions, Heath used the platform in a different way. “Why finish an album if nobody knows about it?” she asks rhetorically.

Heath’s plan was to raise $10,000, using the funds for advertising and promotion expenses, including t-shirts and guitar picks. Like leaving the coffee shop, the campaign was a scary proposition for Heath. “It might not work out,” she thought. “Nobody knows me.” But she exceeded her goals, and had enough money to press up vinyl copies of A Different Stream. The Kickstarter project was “the craziest thing I’ve ever done in my life,” Heath says with a laugh. “I gained 15 pounds, stressing about it.”

The momentum of her positive experiences has carried her forward. Heath is already at work on two new projects. One will be with her band the Heathens; the other is an EP of blues standards recorded with the King Zeros. And her upcoming spot at the Orange Peel – sharing the stage with friends and musical peers like Devils in Dust and The Great American – is yet another major milestone for Heath.

The Orange Peel’s manager Jeff Santiago is excited about the local showcase, too. “We’re passionate about getting local artists on our stage, particularly those who have been working hard and making great strides with their music,” he says, noting that Ashley Heath “has built up some serious momentum. It was an easy choice to build a showcase around her.”