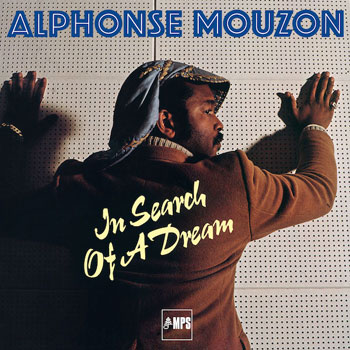 Alphonse Mouzon – In Search of a Dream (MPS)
Powerhouse fusion drummer Mouzon made his name on sides by Les McCann (the stunning Invitation to Openness) and Weather Report’s debut, but it was with Larry Coryell’s 11th House that he gained top-level fame. This, the sixth album under his name, is guaranteed to please fans of his work with Coryell. With a lineup that includes Stu Goldberg, Philip Catherine and Miroslav Vitouš, there’s virtually no way it could go wrong, and it doesn’t. You’ll find more drum solos here than you would on an an 11th House record, but that’s only fair. Even when the energy is dialed down – as on the smooth jazz of “Shoreline” – the playing and arrangement on the reissue of this 1978 LP (once again available on vinyl) are top-flight. 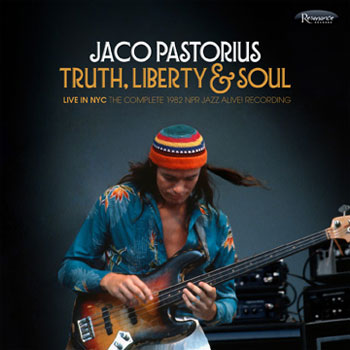 Jaco Pastorius – Truth, Liberty & Soul (Resonance Records)
For someone whose time in the spotlight was only 15 years, Jaco Pastorius was an amazingly busy presence on the jazz scene. And while it has long seemed that listeners had heard the last of the incalculably important bassist, the release of this 2CD set – a project that has been in the works for many years – adds another important piece to the puzzle. Recorded live onstage as part of George Wein’s Kool Jazz Festival, parts of the performance were broadcast on public radio. But the full set – featuring Pastorius leading a big band – has never been heard before. That it’s Jaco will be reason enough for most jazz fans to pick it up, but it’s superb on its own merits. Never one to be outdone, project curator Zev Feldman has included a 96-page color booklet – jam-packed with essays and interviews – as part of the beautiful package. 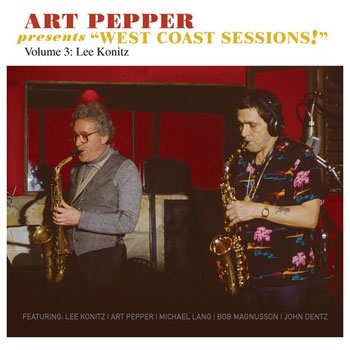 Art Pepper – Presents West Coast Sessions! Vol. 3: Lee Konitz (Omnivore Recordings)
Because of his contractual obligations, saxophonist couldn’t record under his own name outside of Fantasy Records. So he and a Japanese label came up with a simple idea: he’d put together bands and appoint someone else the nominal leader. Those albums are now receiving a belated Stateside release, and this volume from 1982 – originally called High Jingo and credited to Lee Konitz & His West Coast Friends – is another fine entry in the series. It features timeless jazz (albeit centered around a 1950s West coast aesthetic) from a five-piece aggregation: two saxes, bass, drums and piano. Thankfully there’s nothing “eighties” about it. 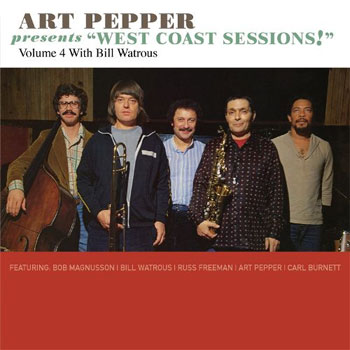 Art Pepper – Presents West Coast Sessions! Vol. 4: Bill Watrous (Omnivore Recordings)
From the same cache of releases on the Japanese Atlas label comes this 1979 set, originally released as the Bill Watrous Quintet’s Funk ‘n’ Fun. But original title be damned: this is more ’50s style jazz, with trombonist Bill Watrous as the purported leader. Longtime Pepper associate and pianist Russ Freeman is at the center of many of these tunes. The Omnivore reissue adds two bonus tracks. 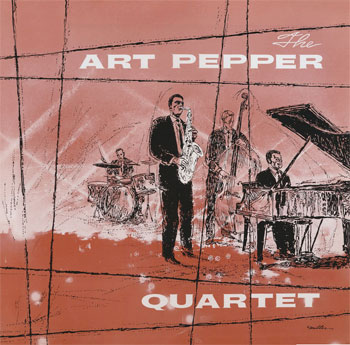 The Art Pepper Quartet – The Art Pepper Quartet (Omnivore Recordings)
Working closely with the saxophonist’s widow Laurie, Omnivore is clearly on a mission to bring as much lost and/or unheard Art Pepper music to modern-day ears. One look at the cover art of this set and you’ll know it’s an early title; released in 1956, his eighth album ranks among Laurie Pepper’s favorites. And it’s not difficult to hear why: the band swings in inventive style, and the entire band – Pepper, Russ Freeman on piano, bassist Ben Tucker and drummer Gary Frommer – is on fire. 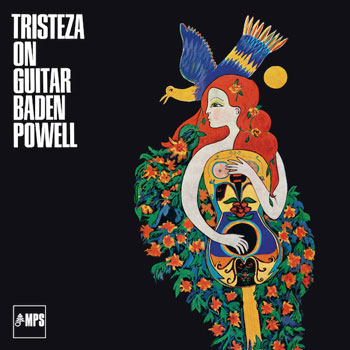 Baden Powell – Tristeza on Guitar (MPS)
I’m not an especially ardent fan of Brazilian jazz; in general I like a bit more fire and electricity in my jazz. And while for me Powell’s 1973 Images on Guitar has its appeal, it doesn’t rank among my favorites. Yet somehow this set from 1966 knocks me out; there’s an energy to the tracks that brings the session alive. Powell’s playing is superb – that’s a given, of course – but here there’s almost what one could call aggression is his playing on tracks like “Saravá.” The Brazilian character always comes through, but Tristeza on Guitar has a worldliness about it that makes it even more special.