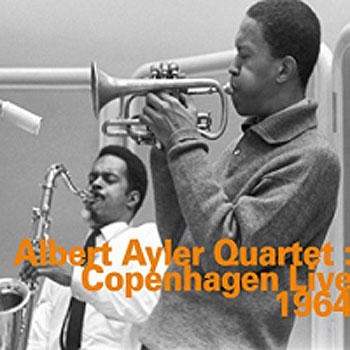 Albert Ayler Quartet – Copenhagen Live 1964 (hatOLOGY)
The music of tenor saxophonist Albert Ayler (1936-1970) is assuredly not for the jazz novitiate. With an approach that makes Ornette Coleman sound mainstream, Ayler pushed even the boundaries of free jazz. Released in cooperation with the musician’s estate, this never-before-heard live session from more than a half century ago is vintage Ayler: uncompromising, difficult and – if one is in the right frame of mind – fascinating. The sound quality isn’t pristine, but it’s far above bootleg quality and shouldn’t bother those receptive to Ayler’s unique brand of jazz. Ayler is joined in his musical mayhem by like-minded musicians Don Cherry (cornet), Gary Peacock (acoustic bass) and drummer Sunny Murray. 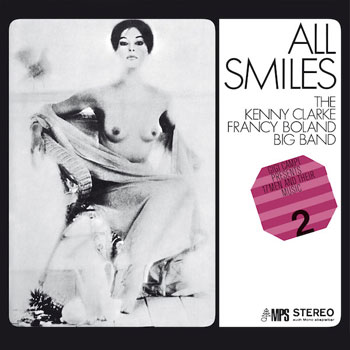 The Kenny Clarke Francy Boland Big Band – All Smiles (MPS)
Big band jazz was decidedly out of vogue by 1968, but apparently nobody told bandleaders Kenny Clarke (drums) and Francy Boland (piano). And thank goodness: the excitement of this 17-man ensemble shines through on this studio outing. Vibraphonist Dave Pike takes a solo on Irving Berlin’s “Let’s Face the Music and Dance.” Elsewhere listeners will find tasty solos on flute, piano, flugelhorn, trumpet and so on as the band tears into classics (Gershwin, Porter, Sousa, Dorsey) with relish. Music like this is timeless and really shouldn’t ever go out of fashion. Available on vinyl, too. 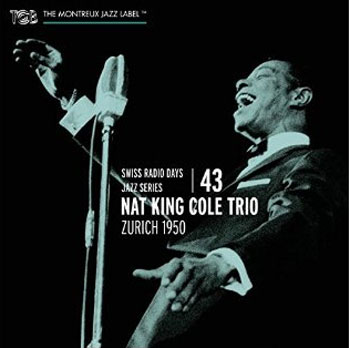 Nat King Cole Trio – Zurich 1950 (TCD Music)
Cole’s major breakthrough was as a pop vocalist, but as this 1950 set recorded live onstage at Kongresshaus Zurich, the man was a superb pianist/arranger as well. This small ensemble – Cole on piano plus guitarist Irving Ashby, bassist Joe comfort and Jack Costanzo on bongos(!) – excels as they run through tunes from the Great American Songbook and other songs. Right out of the gate, Cole makes a point of putting the spotlight on his band mates. In 1941 he appeared – uncredited – onscreen in Orson Welles’ Citizen Kane; a mere nine years later he had released five albums and established himself as a premier musician. This set captures him mere months before he released his biggest hit, “Unforgettable.” 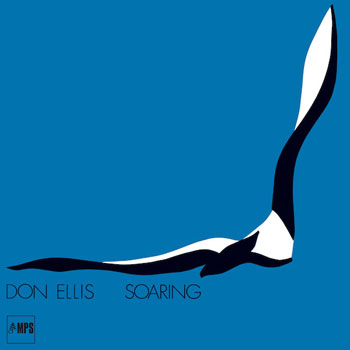 Don Ellis Orchestra – Soaring (MPS)
By the late 1960s and early ’70s, certain flavors of jazz had worked their way into mainstream pop culture. Even those who claimed no interest in the form could admit to enjoying the theme music from television and film. Ellis’ “Whiplash” – very much of a piece of the music he scored for The French Connection – is a thrilling, impossibly catchy piece of music. What make it and the other tunes on Soaring (1973) so special is the uncanny combination of tricky time signatures with (dare I say it) pop hooks. Ellis was the stuff of legend: might there be a connection between the medical condition that ultimately killed him (and irregular heartbeat) and his penchant for unusual musical meter? The very electric album has a rock sensibility, and it rocks. But it’s not rock. If you don’t enjoy Soaring, like the man said, Jack, you’re dead. Also on vinyl. 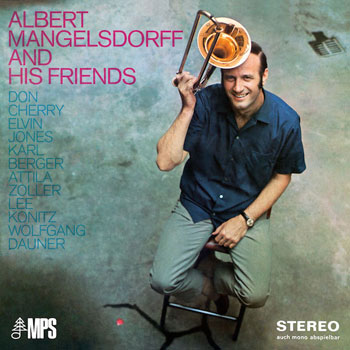 Albert Mangelsdorff – And His Friends (MPS)
For better or worse – and fairly or not – this album of free jazz from 1969 is precisely the sort of thing cited as Exhibit A by people who insist jazz makes absolutely no melodic sense. On “I Dig It – You Dig It,” Mangelsdorff’s trombone engages musical dialogue with Don Cherry’s trumpet, without any other instruments. Near the end of that track, Mangelsdorff vocalizes through his instrument in a way that recalls a kind of cross between the kind of thing Nat Adderley did in the early 70s and some of Frank Zappa’s Mothers albums (specifically, Weasels Ripped My Flesh‘s “Prelude to the Afternoon of a Sexually Aroused Gas Mask”). If that sounds appealing to you, do indeed check out this title. Otherwise, best run in the opposite direction. For those brave few, it’s on vinyl as well. 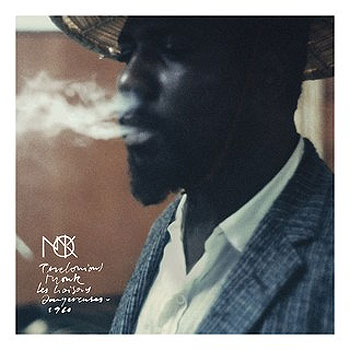 Thelonious Monk – Les Liasons Dangereuses 1960 (Sam Records)
Monk had one of the most distinctive piano styles in all of music. He used dissonance in a manner wholly unlike, say, Bill Evans. In Monk’s hands dissonance was a tool of expression, used in very precise ways. But to the uninitiated, his style cold sound positively hamfisted. This previously-unreleased set is the soundtrack from a 1960 film; rather than compose new material, instead Monk ran through favorites from his existing catalog. And owing to his style and inventiveness, these versions are as valid and delightful in their own right as the better-known recordings. Sound quality is pristine, and a second disc of outtakes – not to mention a 56-page(!) color booklet – raises this CD to the level of positively essential.