Bluesman Mac Arnold Still Has a Lot on His Plate 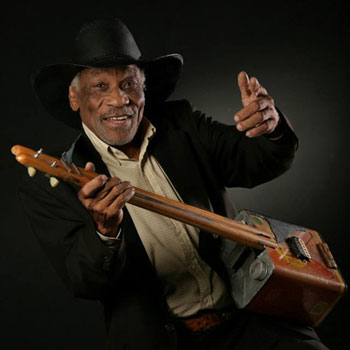 Mac Arnold’s story is a familiar one to fans of the blues. Born 1942 in upstate South Carolina, he was a sharecropper’s son and one of 13 children. When his father left home temporarily to pick oranges in Florida, one of Mac’s older brothers decided to build a guitar for himself, using materials at hand. The body was constructed out of an empty gasoline can. “He took it to school and won first prize in show-and-tell,” Arnold recalls. “That gave me the inspiration to play music; that’s when I started slamming around with a gasoline can.”

Arnold says he led the first racially integrated band in Greenville, S.C. in 1959. “The drummer was black and the two guitar players were white, so we couldn’t play around in Greenville until the Guna Motel and Restaurant opened up in the early sixties,” he recalls. “Once we started playing, then people saw us. And we spread it out from there.”

In 1965 Arnold headed north to pursue his career. “I had a style of my own when I went to Chicago,” he says. Once there, he played bass guitar, eventually working as a sideman for James Brown, Muddy Waters, B.B. King, John Lee Hooker, Bill Withers, Otis Spann and many others.

Arnold got a job with Laff Records, playing background music on x-rated comedy albums by artists like Leroy, Skillet & LaWanda and Redd Foxx. He also landed a position as a member of the Soul Train house band, and his session work included playing bass on the Sanford and Son TV theme.

In the 1990s, Arnold retired and moved back to the upstate. “I thought I was going to quit working,” he says. “I sat around the house and I did some farming, but I decided, ‘Well, this is not enough; I need to have something else to do.’” So he took a job driving a truck for Belk department stores.

One day when fueling the truck, he heard a Muddy Waters tune playing on a nearby boom box. He started singing along. A mechanic rolled out from under a truck and asked him, “Hey man, you know who that is?” Arnold smiled and replied, “Yes. I used to play bass for Muddy Waters.” Arnold and mechanic Max Hightower became fast friends.

Hightower – who plays drums – constantly encouraged his friend to start playing music again, but Arnold always said no. “We went on like this for ten years,” says Arnold with a laugh. Eventually he relented, and Hightower put together Plate Full o’ Blues, adding guitarist Austin Brashear to the lineup. “We’ve been together now almost 16 years,” Arnold says. The band has released four albums. Arnold has won Blues Foundation awards, and in addition to leading the band, he owns a restaurant (Dr. Mac Arnold’s Blues Restaurant in Greenville) and heads a nonprofit, the I Can Do Anything Foundation. Now 75, he has no intention of slowing down. “It’s getting more exciting all the time,” he says.

And Mac Arnold still plays a gasoline can guitar.