On Life is Fine you cede the lead vocal duties on “My Man’s Got a Cold” to Vika Bull and “Don’t Explain” to Linda Bull. That’s the kind of thing one expects to find on a “band album,” not one by an artist using his own name. Was it your intention right from the beginning of the project to do that?

“I wanted to do that from the start. For a long time, I always made albums where I would sing all the songs. I made a record two to three years ago called The Merri Soul Sessions. It has different singers that sing different songs, so that’s really picking up from there.

“I remember thinking at the time, ‘On the next record, I want to have at least one other singer on the record.’ I think no matter how much you like someone’s voice, it ‘s great to break up the listening experience with another voice. And I’m glad that I figured that out. A lot of my favorite bands have always had one main singer, but there is always someone who steps up and sings one song: Keith in the Rolling Stones, Jill Birt in the Triffids; Mo Tucker in the Velvet Underground. And especially since Life is Fine is really a band record, and I always knew it was going to be right from the start, I had made up my mind to record ‘My Man’s Got a Cold,’ and it had been sitting there for a few years and I knew, ‘that’s going to fit musically on this record,’ so it was always a plan, yeah.” 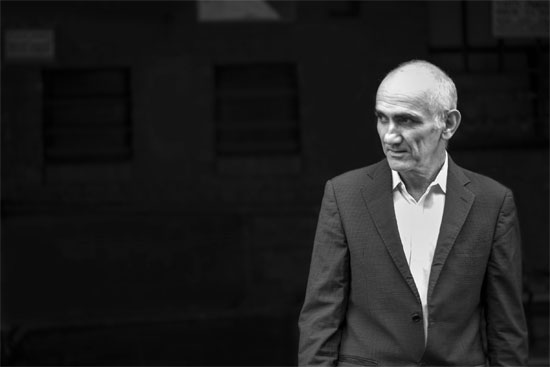 Do you approach albums as a set of thematically linked pieces or are they simply, “here are the 12 songs I’ve written the most recently”?

“I think of them as thematically [linked]. I don’t write all at once in one particular vein; my songwriting is, I guess, a bit haphazard. They come as they come. But now I try to sort them a bit as I go: ‘That one’s going to be a more lyrical record, this one is going to be for a band.’ I’ve always liked an album to have a really strong coherence.

“When I was younger it was more of a case of, ‘I’ve got 10 or 12 songs written, so I’m going to do the record.’ But I think in the last 10 years or more I’ve leaned towards becoming more and more serious about making a real album. And in a way it’s partly in response to the way that music is now streamed and downloaded and listened to. Don’t get me wrong; I think it’s a great thing that we have this choice to hear a song or hear about a song and just go listen to that one song. Or like a song and not have to go to buy the whole album like you did in the old days, buy the whole album just to get the two or three songs that you like and then the rest of the album, meh, maybe you don’t like.

“So in my work and as a songwriter, I love to stream music and listen to music without having to buy whole albums or listen to music without having to buy it, you just pay a subscription and you stream it. So all that development, I’m fully with it. But more than ever, when you do make a record, there’s this big sea of music. And it’s an island. And you want to make people land on that island and spend some time there, and listen to the album start to finish. That’s a challenge. Of course I’m a realist, I know that people will say, ‘Oh, I like this song,’ or, ‘I just like that tune.’ “But I think it’s incumbent on us now; if you’re going to make an album, that’s what you’ve got to do. Paradoxically, the new ways of listening to music have made the album more important. To me, anyway.”

With such a large body of work, how do you decide what to put into a live set?

“Yeah, that’s a good question. I think that we’ll start with the record. I’ve often done this in the past with new records: play the record first. That’s 40 minutes. And then just move into older songs, just playing a mix of all the songs. It will be like the show is in two parts.

“We’ll have a pretty big repertoire going into the tour; the band knows quite a lot of my songs, and we’re going to rehearse more. So we’ll be able to keep the second half of the show churning around and varying from night to night.”

Do you make music for yourself and then hope that someone else will like it, or do you concern yourself at all with creating music that will be accessible?

“My taste is not really that obscure. So I tend to make music that enough people are out there that can connect with it. But yeah, I pretty much write for myself.”

Tell me about the first experience you had in music in which you felt that you had “made it.”

“I remember my third record, it’s a record called Post. I had made two records before that, with different bands, and hadn’t really been happy with those first two records. The third record I just stripped back to me, Steve Connolly and Michael Barclay, acoustic guitar and singing the harmony. And I wrote a set of songs that I thought, ‘Ah, I’ve found my little patch,’ or found my own row to hoe. I thought, ‘I’m on to something here,’ that kind of feeling. So when I think of my records now, I think that that one’s the first one. I know there are a couple before, but to me Post is my first record.”

What are you most looking forward to about the upcoming North American tour?

“We’re going to be on the big bus again, which I haven’t done since 1998. The last tour we did with a band was in 2004, which as a four-piece. But this is the whole band with seven of us, so it makes sense for us to get back on that bus again. So I quite like that.

“Actually, I half dread it and half really get excited about it. No, that will be fun. I think what I’m also looking forward to is I’m again getting to places we haven’t played for quite a while. We’ve done east coast and west coast shows. And I’ve really missed coming farther into the country.”