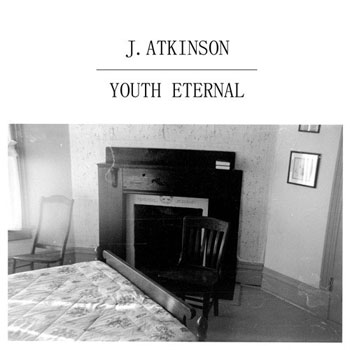 Jonathan Atkinson has a background that includes immersion in the Asheville punk and indie scenes. The musical fingerprints of those experiences aren’t readily obvious when listening to his latest release, Youth Eternal But if one spends time with the record, they are subtly revealed.

It’s back to a mostly solo acoustic arrangement for “Morgan,” with extremely subtle use of vocal harmonies and piano. And the pendulum swings back in the other direction for “Disappearing Again,” which feels like the more country-leaning moments on George Harrison’s sprawling 1970 triple LP, All Things Must Pass. Haunting, windswept pedal steel is once again the key ingredient.

Atkinson’s deliberate sequencing for Youth Eternal means that “Better Man” is another solo acoustic number. But it’s also the best of that style on the album, with especially effective word-pictures and expert, understated use of vocal harmonies. The song is shot through with a melancholy air, one that’s reinforced by the briefest of piano solos.

Halfway into the album, Atkinson serves up some Neil Young-styled Americana; in the second half of “In the Breaking Light,” his voice nearly breaks. But that disarming bit of humanity underscores the forthright and genuine feel of the record. The tune’s repeated refrain is quite endearing, too.

“Some Chords” is dreamy, forlorn and starkly beautiful. “Like a River” is dark piano, guitar and cello tune that vividly recalls the haunted air of Alex Chilton’s “Holocaust” on Big Star Third. The tune slowly unfolds into a more expansive arrangement.

“Righteous Woman” is one of the most lyrically direct songs on the album, one in which Atkinson sharply defines the qualities such a woman would possess. “Jospehine” is contemplative, piano-centered song. Here, Atkinson sings his loudest and most emotive, suggesting heartache that’s never fully explained. A slowly decaying piano note eventually fades to silence, ending the album.

Musically, Youth Eternal rarely rocks, nor is it meant to. But the visceral vibe of punk at its best comes through in Atkinson’s lyrics and his unadorned delivery.