Here’s ten more hundred-word reviews. All new releases. All worth a spin, and in most cases, several spins. 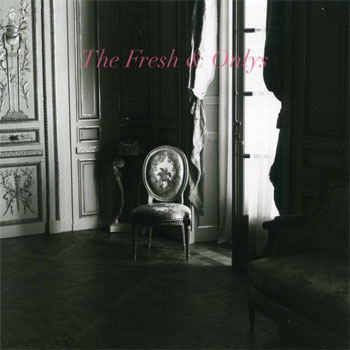 The Fresh & Onlys – Wolf Lie Down (Sinderlyn)
I’m not sure what wave of psychedelia revival we’re on these days: fourth? Fifth? No matter. And anyway, the Fresh & Onlys have long since moved beyond the narrow confines of any kind of revival scene. To my ears, their sound on Wolf Lie Down owes at least as much to criminally underrated 80s groups like Wire Train and Translator than to sounds of two decades farther back in history. A healthy pop sensibility shows itself within the band’s indie-rock tunes. The production aesthetic on “One of a Kind” is quite demo-y in places, but the song is first rate. 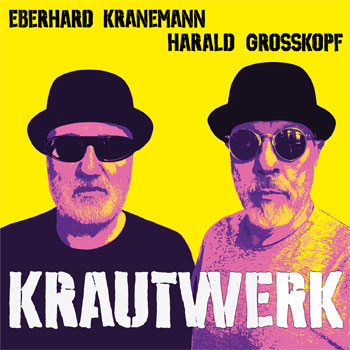 Howard Grosskopf & Eberhard Kranemann – Krautwerk (Bureau B)
Clever title, right? Makes you wonder why someone hadn’t thought of it until now. And yes, the sounds within do in fact evoke both Kraftwerk and krautrock in general. The album features nine moody, hypnotic, atmospheric tunes, any of which would be right for film soundtracks. There’s some stinging, heavily distorted guitar here, but it’s mixed in such a way that it slides seamlessly into the sonic landscape. If you’re looking for lots of chords, look elsewhere. But if you like simmering, mesmerizing, insistent electronic music with hints of exotica, then you’ve come to the right place. Krautwerk it, baby. 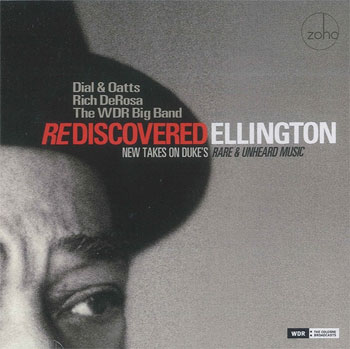 Dial & Oatts et. al. – Rediscovered Ellington (Zoho Music)
Duke Ellington is in the top echelon of the 20th century’s most important composers (and musical figures in general). He was also staggeringly prolific. As such, for every “Take the ‘A’ Train,” there are countless Ellington tunes that most people have never heard. This group of jazz musicians – with the able backing of the WDR Big Band – has unearthed nine such unknown tunes, helping to rescue them from undeserved obscurity. The thing is, if you didn’t know better, you’d think these were well-known tunes; they’re simply that good. And the arrangements wisely avoid any kind of needless updating. 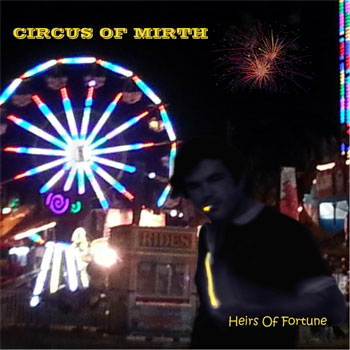 Heirs of Fortune – Circus of Mirth (Counterfeit Records)
Here’s a fascinating album. If you’re familiar with the story of Badfinger, you might know the music that group made toward the end of its original run, eventually released as Head First. This 2017 release has nothing at all to do with all that, but it sounds very, very much like that music. And that’s a wonderful thing. “Aster Street Days” has the piano-centric vibe of mid ’70s Badfinger. That alone makes it worth seeking out. Prime mover Terry Carolan is American, though, with a long (if unappreciated) pedigree worthy of further investigation. Quite possibly my Find of the Year. 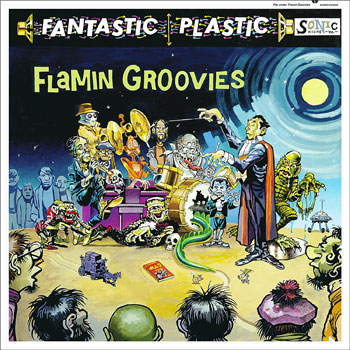 Flamin’ Groovies – Fantastic Plastic (Severn Records)
It was only a few months ago that an archival release from the Flamin’ Groovies came out, a shoddily-recorded (bootleg-quality) document of the band from its heyday. That release did nothing for the listener, nor for the band’s legacy. This, however, is an entirely different matter. Fantastic Plastic suggests that prime-era Groovies is now. Stonesy rockers are the order of the day, with supremely memorable riffage throughout. And longtime fans should note that Cyril Jordan, Chris Wilson and George Alexander are on board. They’re helped by Alec Palao and Prairie Prince, who make a great set of tunes even better. 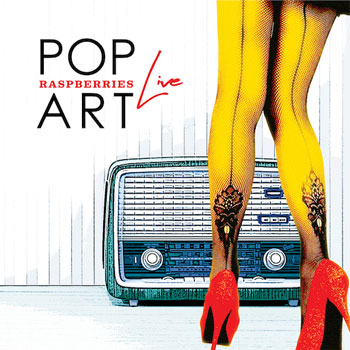 The Raspberries – Pop Art Live (Omnivore Recordings)
Apparently, one’s enjoyment of this album – document of a 2004 reunion gig – is largely dependent on how closely one listens. On the surface, it’s flawlessly played and sung, and spine-tingling in its evocation of the band’s early ’70s heyday. Others, however, have carped about the post-production fixes (Autotune etc.) applied to the recording. Still, Pop Art Live is a lot of fun, and I’m grateful it exists. If one thinks of it as a studio album, a good case can be made that it’s superior to any of the Raspberries’ original albums. (The cover artwork sucks royally, though.) 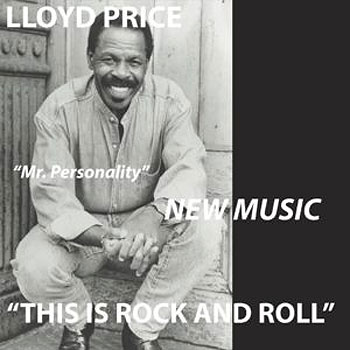 Lloyd Price – This is Rock and Roll (Double L Records)
Price is a grand old man of rock and pop; he’s 84 years old, long past having anything to prove (if he ever did). This new album is packaged in a lo-budget sleeve, and there’s no info regarding who does what. Friends, forget all that for a few moments and listen. You’ll find a solid collection of tunes in a variety of styles, from deep funk (“Nobody Loves Anybody Anymore”) to silky-smooth r&b (“The Smoke”) to early ’70s-style soul (“”Our World”). Good luck finding an artist half Price’s age who can come up with a similarly solid set of songs. 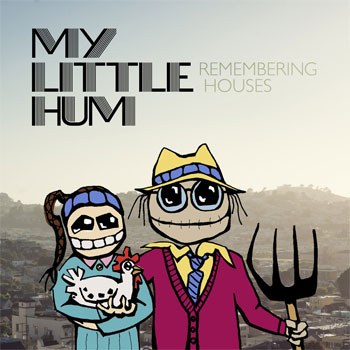 My Little Hum – Remembering Houses (Mystery Lawn Music)
Dan and Yuri Jewett are half of the Hollyhocks (or perhaps “were,” as – sadly – nothing’s been heard from that fine San Francisco group in quite some while). Together the husband-and-wife duo makes music that exemplifies the guiding ear candy aesthetic of Mystery Lawn Music. Yuri’s winning vocals conjure fond memories of the ’80s paisley underground scene. Chiming guitars, lovely overdubbed vocal harmonies, and wonderfully active McCartney-esque bass are just some of the hallmarks of this nine-song collection. The minor key “Chicken Song” is atypically sinister for this generally upbeat album; it simply demonstrates My Little Hum’s imporessive versatility. 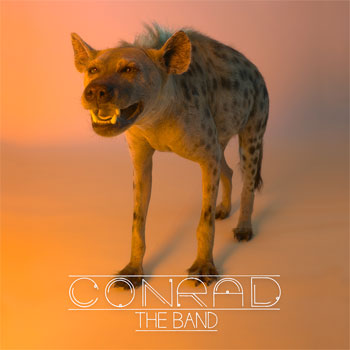 Conrad – Valley Fever (Slept On Records)
If the D’Addario brothers of Lemon Twigs fame has a more Stones-y, bluesy musical foundation, they might sound something like Conrad. This duo of Matthew Shaw and Nick Andre has put together a six-song EP that’s equal parts current indie-rock and retro-minded garage-pop. Touchstones include Tame Impala (though Conrad adopts a less deeply-textured sonic landscape) and “Bang a Gong”-era T. Rex (albeit with the glam quotient dialed way back). The songs aren’t always the most immediate, but if you spend a few moments with them, the hooks will subtly work their way into your brain. And there they shall remain. 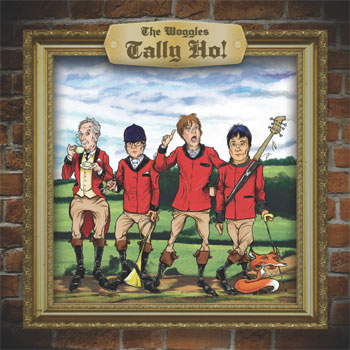 The Woggles – Tally Ho! (Wicked Cool Records)
When it comes to middle-aged guys making garage punk 1966-style, one either loves it or doesn’t. This reviewer stands firmly in the former category; you’re never too old to rock ‘n’ roll, I say. And these guys prove that assertion. From the opening bashed-out chords of “Luminol Test,” its clear the Woggles have come to rock, and rock hard. No filigree, noting fancy; just four-chord rockers, swaggering vocals, fret-buzzing guitars and delightfully cheesy combo organ. If you think Chocolate Watchband was at or near the apex of 1960s rock ‘n’ roll, you’ll dig the thirteen original tunes on Tally Ho!