In Praise of Uriah Heep 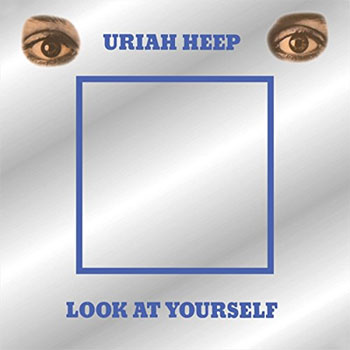 Critical consensus has not been overly kind to Uriah Heep. The British heavy progressive rockers released a string of commercially successful albums in the 1970s – and persist in greatly altered form to this very day – but they often got short shrift from tastemakers. A typical summation of the group and its work can be found in a worn and dogeared copy of The Rolling Stone Record Guide: “A mutant version of Deep Purple, Uriah Heep has to be considered one of the worst commercially successful bands of the Seventies.” The Guide gives 11 of 14 Uriah Heep albums rated a bullet (“worthless”) while the other three each earn one star (“poor”).

I’m here to call bullshit on that. Uriah Heep hit a creative peak that extended (at least) across three albums: Look at Yourself (1971), Demons and Wizards and The Magician’s Birthday (both 1972). Scored on sincerity and profusion of imaginative melodies/riffs, that musical triptych is in fact an exemplar of the era’s hard rock.

And the albums have worn better than one might expect. Though the band’s lineup shifted often (even in the period when these records were made, there were personnel changes), at their peak Uriah Heep had a distinctive sound that was – while perhaps not quite all their own (they did sound a bit like Deep Purple) – identifiable and appealing.

Today, Look at Yourself is the least-remembered of the three records, but it’s filled with memorable hooks, and nobody could ever question the passion with which the band delivered its music. BMG’s recent expanded reissue of the album includes the original seven-cut album on the first CD, with a bonus disc full of 11 tracks – all previously unreleased – including alternate takes/mixes, leftover tracks, single edits and the like. 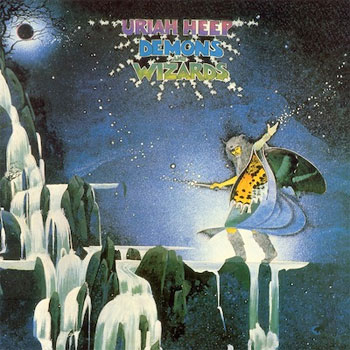 Even better – much better, in fact, is 1972’s Demons and Wizards. Yes, it includes the band’s most well-known tune, the pile-driving “Easy Livin’,” a number that isn’t especially representative of Uriah Heep’s sound. More typical of the group’s output in that era is “The Wizard” (not the Black Sabbath tune), a number that features David Byron’s dramatic lead vocals, Mick Box’s always inventive guitar work, Ken Hensley’s delightfully grandiloquent and often heavily distorted organ, and an arrangement that wrings every bit of theatricality out of the music. Sure, it’s easy to parody this kind of thing, focused lyrically on Tolkiensque themes yet without the occasional preciousness of, say Jon Anderson’s lyrics. Spinal Tap made a career out of poking fun at the proto-metal, proto-power balladeering of groups like Uriah Heep. But these songs rock in their own way, and are deserving of respect.

The expanded reissue of Demons and Wizards is truly a revelation. The bonus cuts are easily as good as the previously-released ones, suggesting that had Uriah Heep been so bold as to have made Demons and Wizards a double album, it would have been quite a good one. A non-LP cut, “Why” was originally the flip side of “The Wizard.” The new set includes a nearly eight-minute edit of the song that features a thunderous, corkscrew bass line that is truly a hard-rocking thing of beauty. And it’s just one of many tasty tracks on the set. Demons and Wizards would be Uriah Heep’s first Gold Award album in the USA. 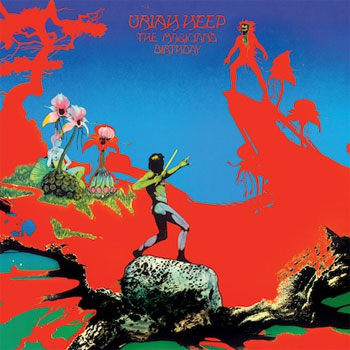 And while it didn’t include a hit single on the scale of “Easy Livin’,” The Magician’s Birthday is nearly the equal of Demons and Wizards. For whatever reason, the band was firing on all cylinders in 1971 and ’72, cranking out more quality material than it had space to release. So the 2CD reissue of The Magician’s Birthday features no less than 15 bonus tracks. Most are alternate versions – which, admittedly can get a bit tiring after awhile – but they’re all worthwhile. And like the other two reissue sets, it features excellent and informative liner note essays by Joel McIver, based on band interviews.

Was Uriah Heep’s music over the top? Sure; I’ll grant you that. Was it silly? Sometimes, yeah. C’mon: this is rock ‘n’ roll we’re talking about here. Was it fun? Absolutely, without a doubt. Is it still all of those things? You bet. Call it a guilty pleasure if you must – I for one wear my Heep fandom proudly – but if you value the heavier end of what would come to be known as classic rock, you need these albums in your collection. And if you only have the originals, these 2CD sets are a worthwhile upgrade/addition.