Matthew Sweet on Tomorrow and Thereafter 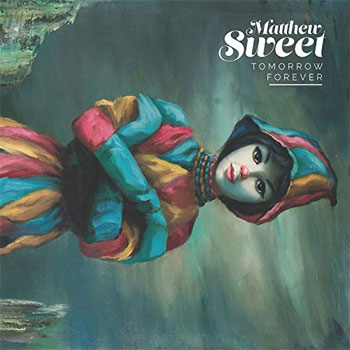 Nearly six years passed between the release of Modern Art, Matthew Sweet’s 11th album, and 2017’s Tomorrow Forever. In the interim, the songwriter-guitarist released a third album of covers with Susanna Hoffs, moved back to his native Nebraska, and embarked upon a Kickstarter crowd funding campaign to finance his latest album.

And while the 17-track Tomorrow Forever is being hailed as a return to form, Sweet contends that he didn’t consciously seek to evoke the vibe of classics like 1991’s Girlfriend. “I don’t ever really think about the past when I’m working on something new,” he says. “It wasn’t intentional; I just did a bunch of songs.” Sweet believes that his recent move to Omaha did result in “something about Tomorrow Forever that’s really solid, grounded.”

The sessions for Tomorrow Forever yielded 38 songs. The original Kickstarter campaign called for backers to receive an album of demo recordings, but as it happened, Sweet finished enough tracks to make another album. The limited-edition Tomorrow’s Daughter features a dozen songs. As for the remaining nine, it’s not certain what will become of those. “One of them, a track called ‘Lonely Summer,’ I gave to a compilation in Canada that’s raising money for heart disease,” Sweet says. “But other than that, I don’t really know. I occasionally wonder to myself what will happen with those songs.”

Meanwhile, Sweet has moved on from the long-gestating album sessions. He’s currently on tour with a band that features longtime musical associates Ric Menck (drums) and Paul Chastain (bass), both of Velvet Crush, and one of Tomorrow Forever‘s session guitarists, Jason Victor. And he’s already thinking about a follow-up to his just-released album. “I worked on this record a long time, partly because I sold it as a Kickstarter record,” Sweet says. “I’ve got some new stuff I have been working on, and I think I’ll have another one fairly quickly.”

That next record isn’t likely to use the same crowd funding platform, though. Sweet doesn’t think he’s suited for the social media aspect of Kickstarter campaigns. “I’m not good at keeping up with that,” he admits. He says that for the Tomorrow Forever project, he “would check in and write big updates, but they were sort of months in between. And I think that a lot of people on Kickstarter expect much more constant involvement from the artist.”

Instead, Sweet thinks that PledgeMusic’s model might suit him better. He says that model provides “somebody in between who helps generate that stuff and prod you for it.” Admitting that he feels a bit guilty about Tomorrow Forever having taken a long time to finish, he notes that “I was trying to make it really good, and I think that mostly everybody’s happy with it.”