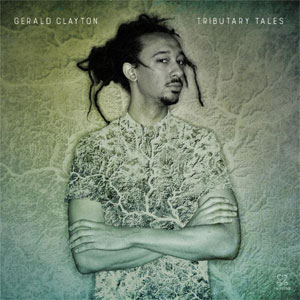 Gerald Clayton – Tributary Tales (Motéma Music)
Clayton has an impressive family pedigree in music, but hs own career deserves serious attention. As Musical director of the Monterey Jazz Festival, Clayton rubs elbows with some of the biggest names in jazz. But the pianist’s work holds up – and quite often towers above – that of many of his contemporaries. Tributary Tales is his fourth album as bandleader, and his first for hip label Motéma. Folding in influences from well outside jazz, on Tributary Tales Clayton creates modern jazz for the 21st century. Walking a fine line between ear candy and abstract, Clayton manages to have it both ways: his music is adventurous and accessible at once. 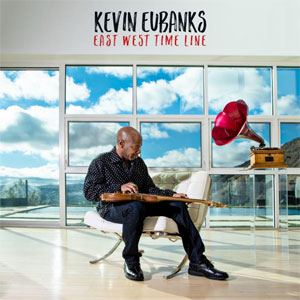 Kevin Eubanks – East West Time Line (Mack Avenue)
Eubanks’ 15-year tenure as Music Director of the house band for the Tonight Show with Jay Leno was a two-edged sword: one one hand, it raised the guitarist’s profile unusually high in the mainstream world for a jazz musician, and afforded him untold opportunities to interact with his musical peers (and lesser musicians) in front of a large and varied audience. But it also gave him at least a bit of a whiff of commercialism, a quality that is often fatal in the rarefied and somewhat insular world of jazz. On East West Time Line, Eubanks embraces that reality, crafting an album divided into two pieces (which can be thought of as A- and B- sides, he readily acknowledges). The first is a set of tasty original tracks cut in New York City; listen for Dave Holland on bass. The second is a set of standards (covers, favorites, whatever) recorded in California. Both build upon his Wes Montgomery influences, and both extend beyond those into something that’s – happily, as he’s earned it – Eubanks’ own bag. 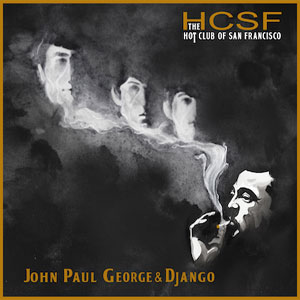 Hot Club of San Francisco – John Paul George & Django (Hot Club)
Prewar jazz manouche is not this reviewer’s favored substyle in the genre; too often its modern-day exponents betray a lack of imagination; despite opportunities for improvisation, in the hands of far too many current artists relies on rote licks. Against that backdrop, John Paul George & Django stands out like the brightest star. Not only is the basic concept a solid one – it builds upon the old saw that a great song is a great song no matter how it’s recast – but Hot Club reinvent the music of the Beatles in clever ways. If the goal of a jazz reading of someone else’s song is to make it one’s own, to take it where it hasn’t already gone, then this album is an unqualified success. Some of the songs are nearly unrecognizable – Abbey Road‘s “Because,” for example – but that’s fine. Hot Club is both true to the inner light (so to speak) of the originals while embossing the songs with their own brand of originality. Bravo. And bonus points for both the decision to release on vinyl and for commissioning some very clever cover art. 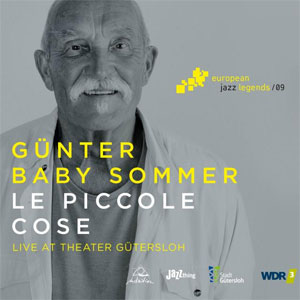 Günter Baby Sommer – Le Piccole Cose (Intuition)
In the right circumstances, jazz can indeed rock. And it needn’t be fusion to do so. Case in point is Sommer’s latest album. The 73-year-old German drummer swings as he leads a quartet through seven songs that evoke the uptempo, boundary-pushing yet traditional vibe of Art Blakey and His Jazz Messengers. There’s a very playful mindset at work here, as evidenced by the off vocalisms which Sommer employs throughout “Inside Outside Shout”: the tune has as much in common with late 1960s Frank Zappa (Lumpy Gravy and Uncle Meat era) as it does with more conventional jazz traditions. Even the subtler tracks (the aptly-titled “Mellow Mood,” for example) have an adventurous spirit that rewards close listening. The band’s makeup (drums, alto sax and clarinet, trumpet and flugelhorn, bass) is just unusual enough to be interesting on its own; the music takes things to another level. 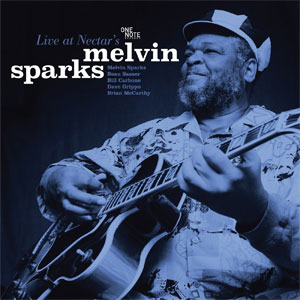 Melvin Sparks – Live at Nectar’s (One Note Records)
This one’s not so much jazz as it is soul/r&b/boogaloo. Modern-day fans of bands like The New Mastersounds, Soulive and other current purveyors of the timeless style owe it to themselves to seek out this tasty live date featuring veteran rhythm guitarist Sparks with a stellar band. The guitarist cedes the soloing to his band mates, but he shows can be done within the context of so-called “rhythm” guitar playing. Live at Nectar’s is greasy, sweaty, emotion-filled, high octane instrumental music of the highest order. And the recording also represents one of the last performances by Sparks before his untimely death at age 64 in 2011. (Speaking of New Mastersounds, Eddie Roberts produced and mixed the sessions for release.) 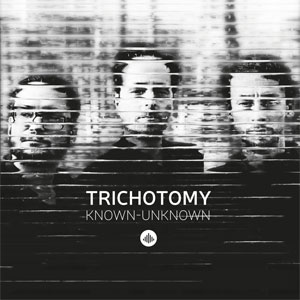 Trichotomy – Known-Unknown (Challenge Records)
The disc’s cover art may suggest that Known-Unknown is going to be a collection of outré progressive jazz, full of atonalities and skronk. Alas, no: Trichotomy is a relatively straightforward piano/bass/drums trio, albeit one that incorporates electronics into its sonic palette. At least that’s what the back cover tells us. In practice, electronics are far from the defining characteristic of this album. It’s a fine collection of impressionistic and evocative jazz instrumentals, but the trio’s use of electronics is fairly subdued; were one not to read otherwise, one might come away from a listen to Known-Unknown thinking it’s a wholly acoustic album. And while there’s not a thing in the world wrong with that – especially when it’s done as well as it is here – the electronics angle is more than a bit oversold.