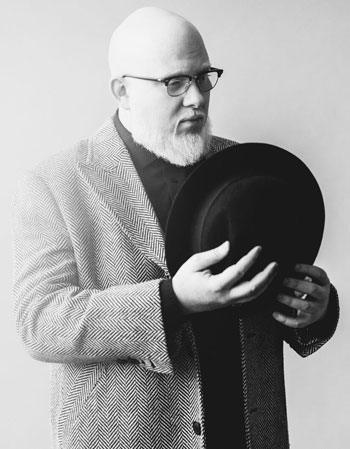 If there is such a thing as a typical rapper, Brother Ali doesn’t fit that description. The Minneapolis-based member of the esteemed Rhymesayers Entertainment collective turns out rhymes that are often political in nature, but the 39-year old rapper is more interested in focusing on the positive. And that positivity comes naturally; Ali doesn’t employ a studied approach to songwriting.

“I don’t start out with a goal,” Ali tells me. “I just try to create from the most authentic place that I can.” And that place is rooted in his Islam faith. Ali converted at age 15, and follows a religious path that values harmony among different faiths, one that fits in with the realities of 21st century life. “I genuinely do have a sense of hope,” he says, “and that comes from faith.” He believes that to honor those who have come before, “we don’t have the option of despair.”

That’s not to say that Ali views the world through rose-colored glasses. One of his most well-known tracks is “Uncle Sam Goddamn” from his 1997 album The Undisputed Truth. In that track – based in part upon Nina Simone’s classic “Mississipi Goddam” – Ali takes the U.S. government to task for what he believes is its complicity in slavery and the drug trade. Ali believes he has inherited “a legacy of fighting against injustice.”

While some rappers engage in creative license, using their own experiences as a jumping-off point for lyrical themes, Brother Ali writes from a more direct place. He says that his lyrics are “always my experiences, never anything other than that. And even when I’m telling a story about somebody else, I tell it from my own perspective as somebody that loves them, rather than try to tell their story.”

Ali has always placed great emphasis on the music that supports his words. In fact several items from his deep catalog – he’s released six albums and four EPs – have also been released in instrumental-only formats. All of the music on Ali’s latest, All the Beauty in This Whole Life comes from real – not sampled – instruments.

That decision arises out of necessity, Ali says. “The business is in such a place now where they have people at record labels who just pore through hip hop music – even underground, independent hip hop – and just sue everybody that samples their records.” He concedes that he would still sample if he could.

But Brother Ali finds great value in using real instruments. “The beauty in that is that really creative things come out of necessity; I do like the outcome of what we’re doing now,” he says. But he doesn’t necessarily think it’s superior to sampling.

Ali says that his Islam faith informs his music more now than it once did. “The music that I’m making is about the spiritual path,” he says. “All human beings are created on the same pattern, and we have an intrinsic quality that makes us want to connect with each other.”