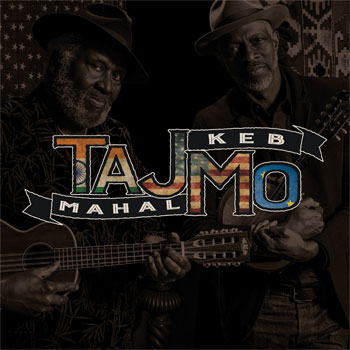 The cover of John and Yoko’s Two Virgins features a Paul McCartney quote: “When two great saints meet, it is a humbling experience.” While – then as now – it’s difficult to receive that quote with a straight face, if applied elsewhere it can actually mean something. Case in point is TajMo, the first collaborative effort from two giants in blues/roots music. Taj Mahal’s reputation is legendary; he explored world and roots music before those terms came into wide use. And while at 65 he’s a decade younger, Keb’ Mo’ is perhaps the prime current-day exponent of Delta blues. Together the two guitarist-vocalists make a modern blues record that’s both an exemplar of mainstream accessibility and true to the blues aesthetic. TajMo is that rarest of superstar team-ups: one that actually makes sense, sounds terrific and – best of all – showcases the strengths of both artists.