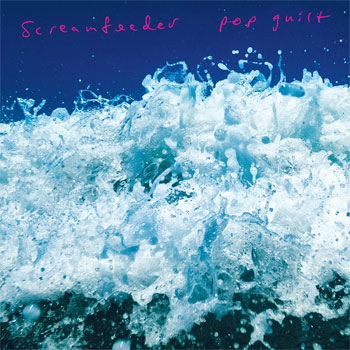 File next to: Belly, Hoodoo Gurus

While the name of this Australian quartet might suggest something bratty and noisy, the truth lies elsewhere. Screamfeeder is an endlessly inventive purveyor of chiming, memorable pop rock. With its self-knowing title, Pop Guilt is a collection of hook-laded gems that are far more sophisticated and ambitious than might initially seem the case. The album launches with gusto on “Half Lies,” which at first seems a convention pop-punk raver with a catchy melody. But the manner in which the band speeds up, reverts to the original tempo, and speeds up again is nothing short of breathtaking. And as effective as Tim Steward’s lead vocals are, it’s the winning pipes of Kellie Lloyd (with Steward providing ace harmonies) that serve as the band’s not-so-secret secret weapon on tracks like “All Over it Again.” There’s a refreshing variety within the context of Pop Guilt‘s straightforward, uptempo pop melodies.