Here’s a look at seven recent reissue and/or archival releases of note. All are enthusiastically recommended. 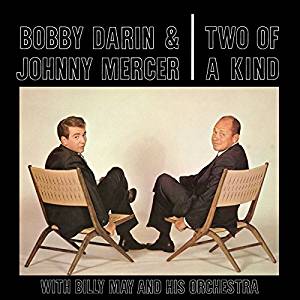 Bobby Darin & Johnny Mercer – Two of a Kind (Omnivore Recordings)
Founded in 2010, Omnivore Recordings is a boutique label that quickly became renowned for its thoughtful and carefully-curated reissues and archival releases; the release schedule of the Grammy-winning label reflects the impeccable taste of its head, industry veteran Cheryl Pawelski. But this project is something of a left-turn, even for the reliably eclectic Omnivore. A 1961 collaboration between one of music’s top vocalists (Darin) and one of its finest songwriters (Mercer), Two of a Kind a swing’, big-band affair. The two men are clearly having the time of their lives as they trade vocal lines, backed by an explosive band conducted by the inimitable Billy May. The set list is dizzyingly varied, featuring originals (“Two of a Kind”), show tunes and jazz classics. In its character, Two of a Kind is not far removed from the camaraderie of Bob Hope/Bing Crosby projects, but with a couple of helluva-lot-better singers. Get yourself a bottle of rye, some sweet vermouth; mix up some Manhattans, and sit back and enjoy this seemingly effortless musical summit. 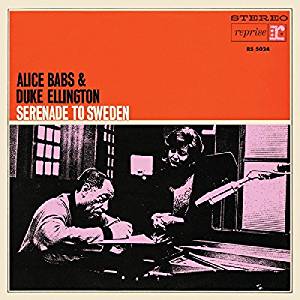 Alice Babs & Duke Ellington – Serenade to Sweden (Real Gone Music)
Edward Kennedy “Duke” Ellington wasn’t just one of the 20th century’s most important composers and bandleaders; he was one of the era’s most prolific artists. His big-band work is the best-known part of his catalog, but it represents a mere fraction of his prodigious output. This 1966 album finds Ellington conducting an orchestra while Alice Babs – Sweden’s most popular singer of that era – plays the part of siren. Her ability to tackle the highest notes without betraying the slightest trace of effort is a hallmark of her work, and her deliciously clear vocal enunciation is beguiling. Some of the tunes focus on a smaller instrumental ensemble, while others make full use of the big orchestra. But the focus is always squarely on Babs’ superbly nimble (but never showy) vocals. Until this, its first-ever CD-era reissue, Serenade to Sweden was among the rarest and hard-to-find items in the catalog of either artist; Real Gone Music’s reissue features flawless remastering from Aaron Kannowski, and informative liner notes from jazz authority Scott Yanow. 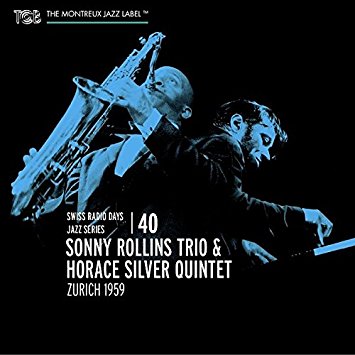 Sonny Rollins Trio & Horace Silver Quartet – Zurich 1959 (TCB Music)
The latest entry in TCB’s “Swiss Radio Days” Jazz Series, Zurich 1959 highlights one set each from Rollins’ trio (with Henry Grimes on bass, and drummer Pete La Roca) and pianist Silver’s quintet (Blue Mitchell on trumpet, tenor saxophonist Junior Cook, bassist Gene Taylor and the inimitable Louis Hayes on drums), recorded at Radio Studio Zurich on March 5, 1959. The sound is superb – those postwar Europeans demonstrated a keen skill at recording jazz – and it should go without saying that both bands perform beautifully. Rollins’ group turns in lovely, uptempo readings of standard including “I Remember You,” and Rollins’ original tune, “Oleo.” Silver’s quintet is exotic and assured on five originals from its bandleader. All the players are on fire, but Mitchell and Hayes are perhaps even a notch or two above their band mates on this blowing sessions. 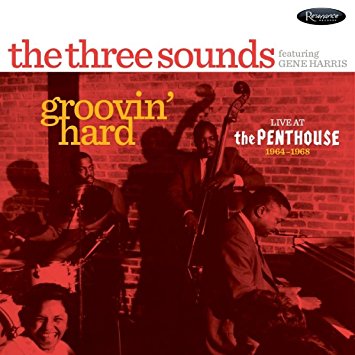 The Three Sounds – Groovin’ Hard (Resonance Records)
The title of this set is perhaps a tad misleading: while Gene Harris, bassist Andy Simpkins and – depending on the track – Bill Dowdy, Kalil Madi or Carl Burnett on drums play with skill, finesse and power, this set leans more toward assured understatement than fiery soul-jazz readings. The Three Sounds were together 1956-73, and these archival recordings date from the middle-period (and arguably creative height) of the group, 1964-68. As was often the case, the trio’s sound was best documented live in front of an audience, and this collection – curated by Zev Feldman, perhaps current day’s most important jazz archivist – is no exception. The interplay between the players borders on the telepathic; the music is at once loose and free yet meticulously arranged. Without a doubt, the highlight of this stellar set is “Blue Genes,” with Harris’ deft piano work at its center. 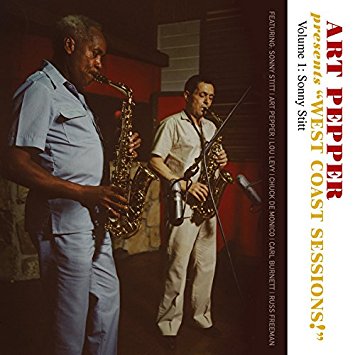 Art Pepper Presents “West Coast Sessions!” Vol. 1: Sonny Stitt (Omnivore Recordings)
Art Pepper Presents “West Coast Sessions!” Vol. 2: Pete Jolly (Omnivore Recordings)
The estate of alto and tenor saxophonist Art Pepper is responsible for bringing these long-unheard recordings back to light. Led by Pepper’s widow Laurie, and working with Omnivore, a series of the man’s sessions are receiving thoughtful reissue in the 21st century. These volumes are perhaps the most intriguing of what’s come out of the project so far: dates recorded in and around 1980, but featuring players from 1950s jazz. Happily, there’s absolutely nothing “80s” about these sessions other than their recording date. Because Pepper was under contract to Atlantic at the time, these recordings – originally issued on the small Atlas label – don’t feature him as official bandleader, but make no mistake: he’s in charge. The Stitt sessions are spread across two discs, and bring together recordings originally released on three separate albums, adding three previously unheard tracks. The Pete Jolly sessions are a single-disc set, and feature two alternate takes of Pepper’s original “Y.I. Blues.” Booklets include not only short essays from Laurie Pepper, but also diagrams depicting the studio instrument setup for the recordings. Both sets are essential for fans of 1950s jazz. 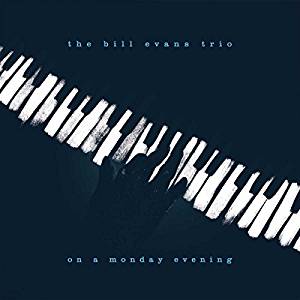 The Bill Evans Trio – On a Monday Evening (Concord Bicycle Music)
Bill Evans was one of the most distinctive pianists in all of music; his command of the keyboard was such that to the untrained listener, his sound seemed to be that of two different musicians. His left and right hand often seemed to operate completely separate from one another, yet they were always musically connected. The revered pianist was at his best in the context of a trio, and this 1976 recording captures him onstage with drummer Eliot Zigmund and longtime associate Eddie Gomez on upright bass. The monaural recording made at Madison, Wisconsin’s Union Theatre has never been bootlegged, so this vinyl (and CD, and digital) release marks its debut. Typical of an Evans set, the album is a mixture of originals and readings of contemporary tunes. The sound is superb, the performances are flawless, and the vinyl edition is pressed on 180g and comes in a sturdy gatefold sleeve.