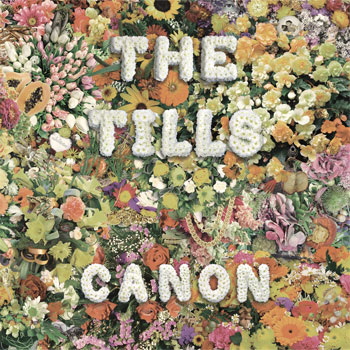 Hardcore 1960s pop acolytes hold a special place in their hearts and record collections for “Mr. Dieingly Sad,” a minor ’66 hit for New Jersey group The Critters. And while everything about that track — its vocal harmonies and gentle guitar strumming — suggest The Critters are a friendly bunch of guys, the surviving band members collectively threatened a lawsuit upon a local group using the same name. Rather than waste money on litigation, Asheville’s Critters became The Tills.

All that is just as well, really. Because while The Tills draw inspiration from the music of the ’60s, they seemingly don’t have much interest in the softer sounds purveyed by their former namesake. No, The Tills have more in common with groups like Chocolate Watchband, The Seeds and other bands whose work has been anthologized on collections like Nuggets and Pebbles.

Which isn’t to suggest that The Tills are slavishly derivative. The 11 tracks on Canon (released April 20 on Phuzz Records) are wholly original. That said, the group does wear its influences on its collective sleeve. “Rejection” sounds like Buzzcocks crossed with The Cramps. The clattering production aesthetic suits the songs perfectly, highlighting the insistent, high-energy tunes.

Unlike Howlin’, The Tills’ last record, Canon wasn’t produced by North Carolina musical icon Mitch Easter (Let’s Active), but was made at his Fidelitorium Recordings outside Winston-Salem. The noisy, raw sound of The Tills comes through on the compact tunes (most clock in under three minutes). Few bands capture the delightfully snotty vibe of ’60s garage rock without aping the sound that goes with it. The Tills succeed at that musical high-wire act, and Canon showcases the band at its best.