Album Mini-review: Derrick Anderson — A World of My Own 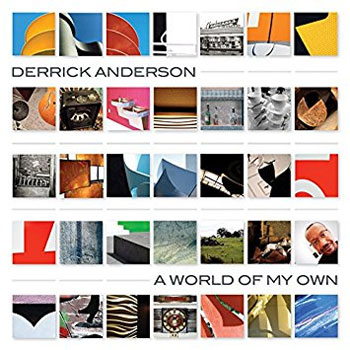 From a largely heretofore unknown quarter comes a winner of an album in a genre that doesn’t get enough appreciation. Up to now, Derrick Anderson has been best known as “the (black) guy in the Bangles.” As if that weren’t enough; playing bass in one of the most consistently appealing purveyors of straight-ahead tuneful rock earns a suitable level of credibility. But with A World of My Own, Anderson has proven himself a power pop songwriter and arranger of uncanny talent. It’s on the uptempo ravers like “Phyllis & Sharon” that Anderson truly shines. As a seasoned session player, he’s a bit of a chameleon; that means that when pals the Smithereens back him on “Waiting for You,” the result sounds a lot like, well, the Smithereens. But fans of the style won’t mind that. And besides, Anderson brings top-notch tunes.