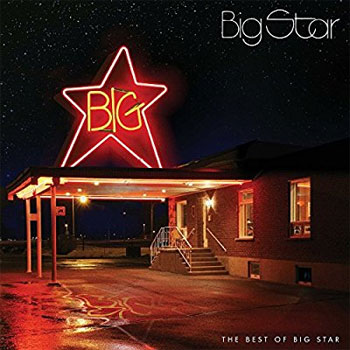 As fate would have it, here’s a special (and exceedingly rare) Sunday blog post. — bk

File under famine-then-feast. On their original release, the three albums by Memphis’ Big Star could barely get a hearing. The reasons were legion, but chief among them was the fact that Stax – the parent label of Ardent, the label that released #1 Record and Radio City – was in its death throes; the records never got proper distribution. It didn’t help that the band imploded around the same time.

Big Star’s influence would extend far and wide among those in the know. Decades later the band would finally get its due: Alex Chilton and Jody Stephens launched a modern-day lineup of the band, playing the old (and some pretty good new) songs. The notoriously fraught and difficult Third got its proper recognition, too, in the form of an all-star traveling tribute and eventual exhaustive box-set reissue.

And the number of posthumous Big Star releases in the 21st century would be beyond staggering. Beyond re-repackaging of those albums, extended/appended reissues came out. A multi-disc of Third came out last year. Tributes, box sets, live albums … on and on. And hey: every last one is wonderful. Really. But if you have some (or, like me, all) of those, do you need The Best of Big Star?

Well, probably not. But for the most part, this new compilation from Ardent/Stax/Concord wasn’t made for you. It’s for those few who have somehow not yet managed to discover the swoonworthy pleasures of the little band from Memphis. The track selection on this 16-cut disc is beyond reproach, and the sound is predictably flawless. And Memphis music historian Robert Gordon pens a tidy essay that – while offering little for the Big Star acolyte beyond some characteristically top-notch writing – lays out the story for those who can’t yet recount it from memory.

And while the collection doesn’t serve up any ultra-rarities – hey, whaddya want: the vaults have been swept clean multiple times now – The Best of Big Star ends as it must, with the immortal “Thank You Friends.” Though Chilton wrote it while leaning heavily on the sarcasm pedal, in 2017 it feels heartfelt and unironic. And now that I think about it, even though my Big Star library is impossibly huge, I can well see myself grabbing this CD on my way out the door for a drive.

The Best of Big Star will be released June 16.