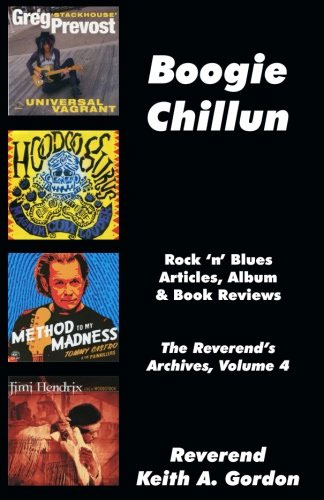 And I thought I was prolific! One of the leading lights among my music journo brethren has released yet another – actually, two – book in his ongoing series of criticism/review collections. With astounding regularity, in recent years the Right Reverend Keith A Gordon has been churning out compendia. The two latest are Boogie Chillun and Fossils.

Subtitled The Reverend’s Archives, Volume 4, and the thicker of the two new books, Boogie Chillun is another collection of Gordon’s albm reviews. Like some (but not all) of the earlier volumes, its focus extends far beyond blues to include artists like the Hoodoo Gurus, Gentle Giant, Midnight Oil, Material and the Moody Blues. In other words, it’s widely encompassing and eclectic. For this volume, the Rev also includes a clutch of “shorts,” reviews that are a kind of cousin to my own hundred word reviews. As always, Gordon’s keen with and deep knowledge shines through. 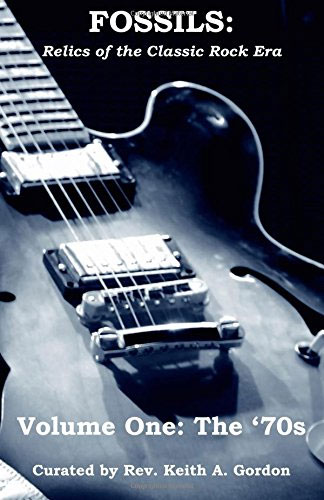 If occasionally it seems that the Rev likes everything, one need only be reminded of the (possibly apocryphal) exchange actor Raymond Burr had with a Perry Mason fan who wondered how he won all his cases. “But Madam,” Burr is said to have replied, “You only see the cases I try on Saturdays!”

A much quicker read, Fossils is a colleciton of promotional slicks, ads and the like, with contemporary comment and reminiscing form Gordon. For anyone who read the rock magazines of the 1970s, it will be a fun stroll down memory lane, one that reminds the reader of the hip and clever (though not always so) manner in which popular music was once mass-marketed to consumers.

Both books are recommended to those who appreciate rock-crit writing, which – one would hope – includes readers of this blog. It’s a safe bet that Reverend Gordon will be back with additional volumes in both series.