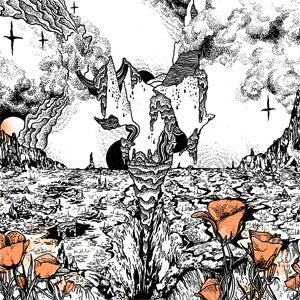 File next to: Black Keys, King Khan & the Shrines

The album’s title might conjure images of – depending on one’s musical frame of reference – the Flying Burrito Brothers or Cracker/Camper van Beethoven. As it turns out, Evolfo has little in common with either. On Last of the Acid Cowboys, the Brooklyn-based band showcases its own brand of garage- and soul-flavored song craft. Evolfo’s songs are atmospheric and visceral at the same time; an air of melodrama pervades the arrangements. The production style leans toward the lo-fi, clattering sonic textures of 60s-focused throwback bands, but Evolfo’s songwriting approach is rooted as much in 90s Britpop and modern styles as in the music of a half-century ago. The soul vibe comes through thanks to a crack horn section, judiciously employed on every song to good effect. The high-energy “Luv Like a Freak” is the disc’s most successful track, but Cowboys is a engaging disc throughout.