Capsule Reviews for May 2017, Part Two 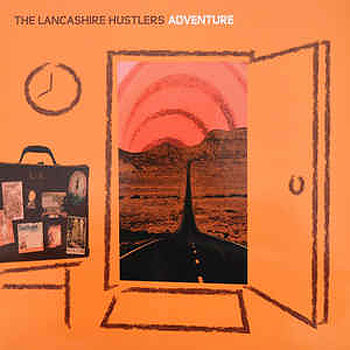 The Lancashire Hustlers – Adventures (Steep Hill Music)
This London duo – Brent Thorley and Ian Pakes – has clearly come of age on a steady diet of Magical Mystery Tour-era Beatles, Electric Light Orchestra, Arthur-era Kinks, Small Faces circa Ogden’s Nut Gone Flake and other fine influences. But there’s a pleasing DIY sensibility that suggests Cleaners from Venus with a larger budget. Adventure often feels like a musical travelogue of vintage pop styles: “June Wedding” may remind some listeners of the Southwest FOB’s 1967 “Smell of Incense.” But that’s merely one of many musical touchstones to which Lancashire Hustlers apply their original songs. “An Expert Dies’ sounds – both instrumentally and vocally – a bit like CSN&Y. Ain’t nothing wrong with that. 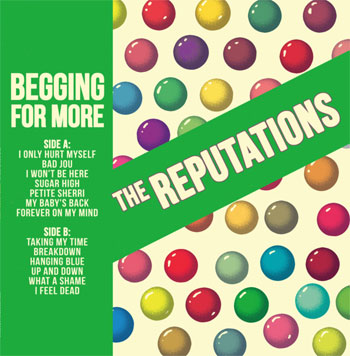 The Reputations – Begging for More (Resurrection Records)
If you’re of a certain age, you may recall the “house bands” that played in miniature band shells scattered across the grounds of mega amusement parks like Six Flags. While they mostly played covers, those acts were possessed of a serious level of professionalism and skill; often they could deliver most any song in whatever style they chose. Well, if one applies that sort of sensibility to original songs, the result might sound something like the Reputations. With two out-front vocalists and two of the instrumentals singing, the group has a lot of variety built into its musical arsenal. One suspects that the musicians are deeply versed in pop styles, because their command of said styles is impressive. At this writing the band is scheduled to cut a follow-up at Memphis’ Ardent Studios with Jody Stephens producing (see what I mean about Big Star continuing to pop up in these reviews?). 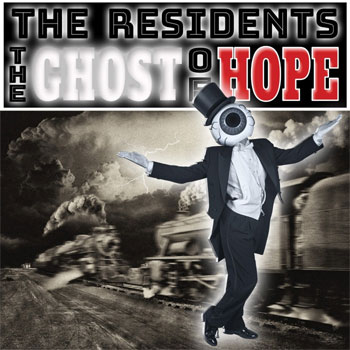 The Residents – The Ghost of Hope (MVD Audio)
Everybody’s favorite prolific weirdos are back with their umpteenth record. And like countless releases before it, The Ghost of Hope concerns itself with unpleasant topics. This time around it’s gruesome locomotive wrecks and stories built up around lives lost. The booklet and expertly photoshopped “vintage” photos are as much a part of the total experience as are the seven musical tracks, with lovely titles that tip the listeners as to what to expect: “Shroud of Flames,” “Train vs Elephant,” “Killed at a Crossing.” Sound effects are expertly used, but then sonic expression – musical and extramusical – has long been the forte of North Louisiana’s Phenomenal Pop Combo (sic). “Randy” is back as lead vocalist, and The Ghost of Hope is – by Residents standards – a remarkably straightforward outing. But if you haven’t guessed, it’s also unremittingly bleak; the hope mentioned in the title is indeed of a ghostly variety. 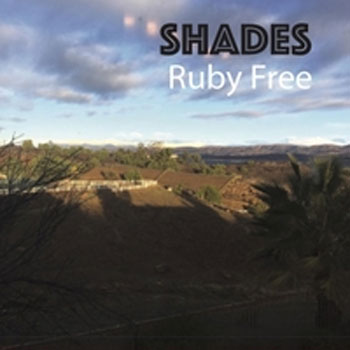 Ruby Free – Shades (SodaStar Music)
Rick Hromadka’s musical ideas are too many and too varied to fit inside the context of a single musical project. So while my favorite of his works will always be the music he makes under the Maple Mars banner, his Ruby Free albums have their delights as well. Hromadka wrote and produced the sessions for Shades, and a top-notch collection of players on the record includes drummer Jim Laspesa, who you may have seen – if you looked quickly – in studio scenes in the Love and Mercy Brian Wilson biopic. Hromadka is up-front about drawing upon soft-rock 70s influences (Fleetwood Mac in particular, though Paul & Linda McCartney provide a template for his vision as well), and that’s reflected in the songs. Shades feels more like a band than 2012’s Introducing Ruby Free, which was essentially Hromadka doing everything. Like that record, here Lisa Cavaliere – that’s Mrs. Hromadka – handles (and ably so) vocal harmonies. If you want to hear Rick rock, you should blast off to Maple Mars. But if you fall for Firefall and similarly breezy styles, Shades might be just the ticket. 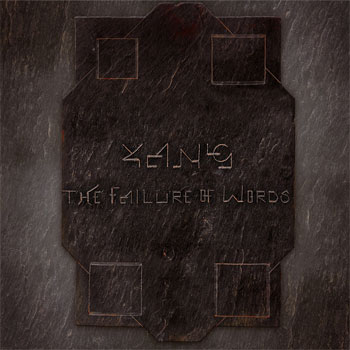 Yang – The Failure of Words (Unsung Productions)
If any long-time Musoscribe readers are perusing this clutch of reviews, you may have noticed I haven’t covered a single prog-rock album. Well, here it is. If you enjoy Red-era King Crimson, you should navigate your way as speedily as possible to The Failure of Words. With guitar frippery worthy of the mighty Crim – and production by Markus Reuter, he of King Crimson’s planetary orbit – this instrumental outing has all of the ingredients for intelligent prog. There’s a strong undercurrent of melodicism, but it’s applied in a malevolently metallic manner. If you can imagine Scandinavian black metal without the Cookie Monster vocals and with the metal toned down a few notches, you might end up with The Failure of Words.