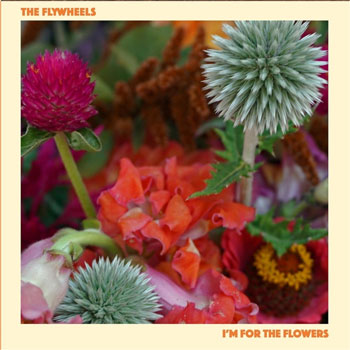 File next to: The Bangles, Young Fresh Fellows, Matthew Sweet

When Kim Wonderley takes lead vocals, the Flywheels sound a bit like early Bangles with a subtle touch of country twang. When Eric Scott – who sadly passed away before I’m for the Flowers was completed – sings lead, the group sounds closer to L.A. paisley underground scene of the 1980s: modern-ish rock filtered through a 60’s psychedelic sensibility. Rocking harder than most of their Mystery Lawn labelmates, the flywheels serve up a varied collection of hooky tunes on their debut. “Back of Head” is a stomping garage rocker, while the brief “Take My Wings” sounds like an outtake from Brian Wilson’s SMiLE. More subdued tracks like “Let Me Take You Down (to the Sea)” have a kind of grandeur that suggests the Flywheels have ambitions beyond the three-minute pop song. Allen Clapp’s layered production helps the Flywheels display their many strong musical assets.