An American in London: The Shel Talmy Interview, Part Three

Over the course of his career, Talmy worked with other highly regarded artists; most but not all of these were UK acts. His production credits include sides – and, more often than not, entire albums – by such well-known artists as Chad and Jeremy, Small Faces, Amen Corner, Pentangle, Bert Jansch and Nicky Hopkins. Talmy also produced lesser-known recordings by American acts Goldie and the Gingerbreads, Lee Hazlewood, Coven and the Blues Project. In 1989 he produced In Heat for garage rock heroes The Fuzztones. 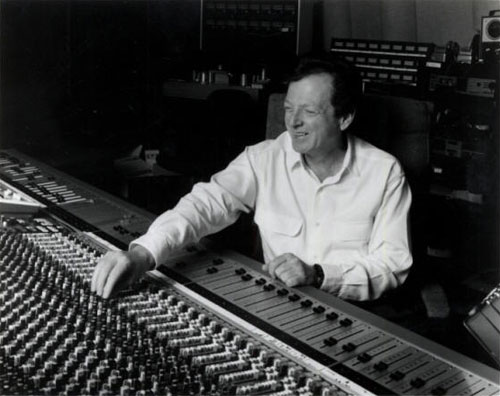 In 2014 Talmy heard some self-produced demos by London-based quartet Hidden Charms; even those rough recordings displayed the group’s unabashed love for the sounds of The Kinks and The Who. Talmy reached out to the group and subsequently organized a Los Angeles session during which 10 songs were put down. “Dreaming of Another Girl” b/w “Long Way Down” was released in July 2015. The band’s co-manager Craig Tarry died in a traffic collision in Sweden in early 2016. “That really set them back,” Talmy says, “but they’re recovering now. Very, very good band.”

With a reputation as a no-nonsense producer – one who can smell a hit – Talmy long ago developed his own approach to working in the studio. “I have always been quoted as saying – because I have said it interminably – that a lousy band with a great song will have a hit, but the reverse to that is not true.”

Even in the early 1960s, Talmy was known as a hands-on producer. He explains what that means: “I was there from inception. I found the band, I signed the band, I rehearsed the band. I chose material, did the arrangements, did the recording, did the overdubs, did the mixes. I was really involved through the entire process,” he says. Time costs money, but for Talmy it goes beyond that. “There’s other things I’d rather do in a studio than sit around and wait while people are having a good time and whatever the hell they’re doing,” he says. “The studio, for me, is a place to work.”

Talmy has always chosen which studio to use based on how well it’s maintained, and how good it sounds. “I decided early on that I couldn’t do both producing and engineering at the same time,” he says, “because they’re two entirely separate jobs, and take two entirely different thought processes.” And though he handled both production and engineering duties on recordings by The Who and The Kinks, in general, he sought out engineers who he says were “really good guys who I didn’t have to explain things to. That left me the ability to try to get the best possible record I could get.”

And while it might seem surprising coming from a man who came up in the age of analog tape, Talmy is an enthusiastic user of modern digital recording techniques. “I love all the technological stuff,” he says. “I’m a big fan of ProTools; there’s virtually no [sound] difference between analog and digital.” Still, his analog gear hasn’t been retired. “I still like using it in the mix,” he says. 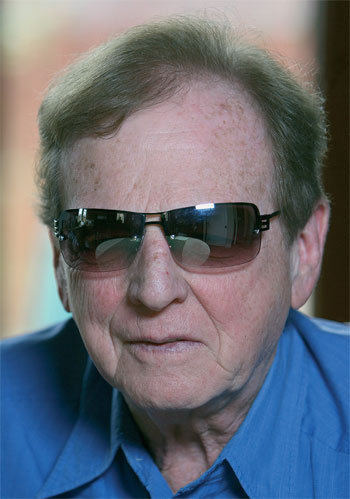 Alongside his production work, Talmy has engaged in other creative pursuits. In the late 1970s he began a career as a novelist. His first fiction work was Whadda We Do Now, Butch?, his imagining of the further adventures of legendary American antiheroes Butch Cassidy and the Sundance Kid. “As far as I was concerned – and I actually researched it – there’s no way that they died in Bolivia,” he says. “So I wrote this thing.” Hollywood has come calling no less than four times, but a film has never been made. “I’ve made a ton of money out of the options,” he says with a hearty laugh. “They all kept saying they’re going to make the film. I said, ‘Great, please make it!’”

Talmy didn’t have to dream up all of his ideas for a book about crime and adventure; he has some first-hand experience with gangsters. “Somehow or other, when I got to London, I got semi-involved with every goddamn crook in the music business that ever was! And not by choice.” He recalls one particularly memorable run-in with notorious impresario Don Arden, a man he succinctly describes as “one of the biggest assholes of all time.”

Welsh band Amen Corner had worked in the studio with Talmy on their biggest single, “(If Paradise Is) Half as Nice.” As Talmy recalls the story, Rolling Stones manager Andrew Loog Oldham was in the process of selling the band’s management contract to Arden. “And for some reason Arden got it into his head that I was putting a spanner in the works,” Talmy says. Over the phone, Arden “launched into a tirade about what I’d been doing, how I was interfering and what he was going to do to various parts of my body,” Talmy says, chuckling at the memory.

“I let him run down,” Talmy continues. “And I said, ‘Are you done, Don?’ He said yes.” At that point, Talmy calmly replied to Arden. “I said, ‘You don’t know this, but I am from Chicago. And the moment I put this phone down, I’m making a phone call. And if one hair on my head is harmed – or anybody else I know [is harmed] – you’re dead.’ And,” Talmy concludes, “I put the phone down. Never heard another fucking word.”

As he reminisces over these memories from his home in Los Angeles, Talmy is modest about his success. On one hand, it’s a job, but making records is a job he clearly loves. And he’s been doing it – virtually nonstop – for well over a half century. “I think I always had the ability of picking a song that potentially was going to be a hit,” he says, “four to six months ahead of the market. Why that happened, I don’t know. If I knew, I’d bottle it and make a fortune.” In many ways, his approach to recording hasn’t changed from the rule he laid out decades ago. “I always rehearsed the band,” he says. That way, 90% of the results he’d get were expected. “I try to leave the other 10% for inspiration,” he says.