Home  »  interview • rawk   »   An American in London: The Shel Talmy Interview, Part One

An American in London: The Shel Talmy Interview, Part One 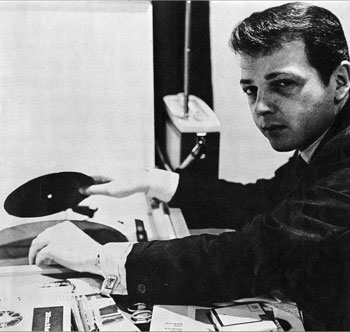 In the history of rock and pop, it’s rare that a producer becomes a “rock star.” Certain names have become prominent fixtures in the audio part of pop culture: Phil Spector and George Martin are among the most well-known producers of the 1960s. In later years, Quincy Jones, Jeff Lynne, Brian Eno and Rick Rubin would earn fame as go-to producers for many top artists.

But only one producer can lay claim to having worked with – not to mention having had a role in “discovering” – some of the most influential groups of the rock era. Shel Talmy produced The Kinks, The Who, a young David Bowie, The Easybeats, The Creation, The Damned and countless others. And as he approaches his 80th birthday, the irrepressible Talmy remains busy producing current-day artists.

Though he’s most readily associated with a long and successful string of British acts, Sheldon “Shel” Talmy is an American. Born 1937 in Chicago, by his teenage years Talmy was living in Los Angeles. In his leisure time, he hung out at Martoni’s Italian Restaurant, a Hollywood spot frequented by people in the music business. In 1961 he met and became friendly with Phil Yeend, owner of Conway Studios.

Talmy told Yeend he was looking for a gig. He remembers Yeend’s reply: “Come to the studio, and I’ll teach you how to be an engineer.” Talmy took him up on his offer. “It was pretty easy to learn quickly,” he says. Three days later he did his first solo session, recording “Falling Star” for a little-known singer called Debbie Sharon. “It was sink or swim, I think. And fortunately I did not sink.” Talmy may have swam, but Falling Star sank, failing to chart. Yet the young producer would continue to hone his craft, recording sides for surf and r&b bands.

At age 25, Talmy decided upon a vacation to England. The 1962 trip was planned to last five weeks. Shortly before leaving, Talmy told his good friend, Capitol Records A&R man Nick Venet, that he wouldn’t mind picking up a quick job or two while in London. “Nick said, ‘take my acetates. And if you can use them, use them. Tell ’em they’re yours.’”

Shel Talmy readily admits that he was “(a) very young, (b) brash, and (c) thought I was returning in four weeks.” He already had work lined up back in the USA – a deal with Era Records – so he felt he had little to lose. With professional recordings of Lou Rawls and the Beach Boys tucked under his arm, Talmy marched into Decca’s London offices. He introduced himself to Dick Rowe, saying, “I am possibly the greatest thing since sliced bread was invented in terms of a record producer, and here is what I just did.” Passing Venet’s acetates off as his own work, Talmy landed a job.

That same year Talmy would produce his first hit single, “Charmaine” b/w “Old Bill” by Irish pop group The Bachelors. “It was sure nice to get a first hit out of the way,” Talmy says. He says that the string of hits that followed with The Bachelors “certainly increased my confidence in what I was doing.”

Though by ’64 he had a hit in “Charmaine” and a few others, Talmy wasn’t yet well-known. That didn’t stop him from writing a book with the portentous title How to Succeed in Recording by Really Trying. Talmy laughs when reminded of that long out-of-print, 19-page tome. “I used to hang out at Denmark Street like everybody did,” he says. “One of those publishers I hung out with asked me to do this thing. And I was short of bread, so I said, ‘Yes, by all means of course I’ll do it.’”

Talmy hasn’t seen a copy of the book in decades; today he doesn’t remember exactly what he wrote. “It’s legitimate,” he stresses. “I did write what I thought was accurate, but I don’t think it’s my finest hour, not by any stretch of the imagination. But I’d love to read what the hell I wrote.”

In February 1964, Pye Records released “Long Tall Sally” b/w “I Took My Baby Home,” the debut single by London-based quartet The Kinks, and a Shel Talmy production. Talmy recalls how he came to work with the group. He was on his way to lunch when Robert Wace – manager of the band then known as The Ravens – walked in with an acetate: “Anybody here that would like to listen to this?” Talmy agreed to listen. 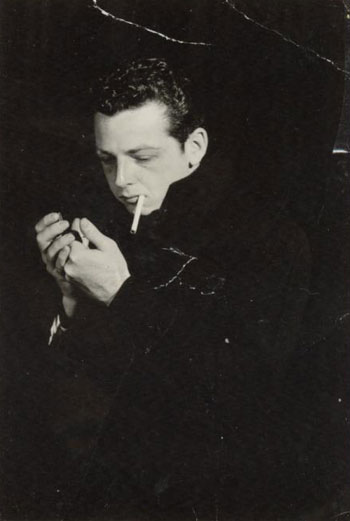 “I liked a lot of what I heard,” he says. But because he had “independent producer” status, he didn’t take the group to Decca. “By that time they’d turned down both Georgie Fame and Manfred Mann on me. I thought it was about time – since I was ‘independent,’ – I’d better start acting independent.”

Talmy confirms that even early on, brothers Ray and Dave Davies fought constantly. ‘”One day got particularly combative during a session,” he recalls. “I would say, ‘Well, the rest of us are going to take a 15 minute break. Do whatever you’ve got to do, and then we’ll come back.’ Fortunately there was no blood when we got back.” Talmy would eventually produce five albums and more than a dozen hit singles for The Kinks.

Early the next year, Talmy would begin a relatively brief yet immensely fruitful working relationship with another rock group, The Who. Talmy recalls how he found them. “A girl that was working for me part time was friendly – if that’s the right word – with Kit Lambert, who asked her to get me to come and see The Who,” he says. “They were rehearsing in a church hall somewhere. And literally eight bars after they started playing, I said, ‘Yes, I’ll sign them!’” Talmy says he knew right away that The Who was “totally different from attitude and sound than any other English band I heard at that time.”

Beginning with “I Can’t Explain,” Talmy’s productions for The Who – more than a half dozen singles in ’65 and ’66 plus the LP The Who Sing My Generation – effectively captured the chaos of the band’s live sound. “And that didn’t happen like some miracle on its own,” Talmy says. “Pete [Townshend] and I did spend a lot of time in the studio on our own, trying various mic positions in order to wind up with the sounds you hear on the record.”

A legal dispute would end Talmy’s association with The Who; group co-manager Lambert would subsequently serve as producer of their music, before Townshend took on that role himself.

Summer 1965 found Talmy at IBC Studios in London, producing two Parlophone singles featuring a 17 year old singer called David Jones. “I Pity the Fool” b/w “Take My Tip” was released as The Manish Boys; “You’ve Got a Habit of Leaving” b/w “Baby Loves That Way” was credited to Davy Jones and the Lower Third; the latter would be the last single Jones would release before changing his name to David Bowie.

“David was brought to my office by a guy that I knew who was kind of a gadfly around town,” Talmy says. “I liked him immediately. I thought he was smart, he was brash like I was, and I thought he was very talented.” The singles – the only songs on which Talmy worked with Jones/Bowie – weren’t commercially successful, but Talmy had high hopes for young David. “I thought he absolutely was going to make it,” Talmy recalls. “The only unfortunate thing is that he and I were about six years ahead of the market that accepted him.”

Tags:david bowie, shel talmy, the kinks, the who