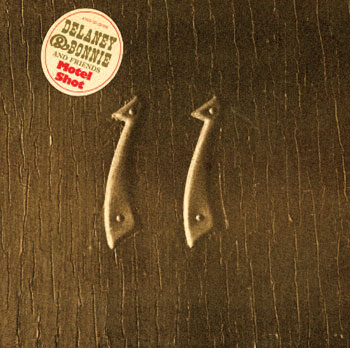 As the 1960s rolled over into 1970, popular music was undergoing a seismic shift. The full reasons aren’t totally clear; maybe it was the disillusionment in the wake of the assassinations of Martin Luther King, Jr. and Robert Kennedy. Perhaps it was the cumulative shock experienced at the daily news of the disastrous war in southeast Asia. Maybe it was a collective recoiling in horror at the tragic concert at California’s Altamont Speedway. Or perhaps society was stunned by the supposed hard-rock inspiration that led followers of Charles Manson to commit grisly murders.

Whatever the reason or reasons, many popular figures in pop music abruptly turned away from the psychedelic and acid rock trends of just a few months prior, and moved toward a more pastoral, often folk/acoustic-based style of music. Of course the hard rock hadn’t gone away: Led Zeppelin and Black Sabbath were already rumbling in the distance. But a number of prominent rockers unplugged and headed – at least figuratively, often literally – for the green, green grass of home.

Among the most notable British artists to pursue this change in direction were Eric Clapton and George Harrison. As lead guitarists in two of the 1960s’ biggest groups, Cream and The Beatles, both men developed a deep, abiding and – as it would turn out, decades-long – fascination with and immersion in acoustic-based music. And a musical linchpin for both of them was the husband-and-wife duo, Delaney and Bonnie Bramlett. Though they enjoyed success on their own, the Bramletts are most often remembered for their associations with other musicians.

Delaney and Bonnie led a loose and ever-changing conglomeration of musicians they called Delaney & Bonnie and Friends; the group grew out of the Shindogs, the Leon Russell-led “house band” for the popular TV program Shindig! Guitarist Bramlett and wife Bonnie (a former backup singer for the Ike and Tina Turner Revue, and the first white woman in that role) recorded their first album, Home, for Stax Records just as that label was running aground. At least in part due to Stax’s problems, the album sank without a trace in the musical marketplace of 1969.

But the duo was resilient and determined. A mere two months later, Delaney & Bonnie released Accept No Substitute on Elektra. It charted in the lower reaches of the Billboard album chart, but won rave reviews from critics. As it happened, right after Delaney & Bonnie finished recording Accept No Substitute in a proper studio, they began work on a third album. But for this one, they decided to take the most old-fashioned, laid-back approach possible. Instead of recording in a studio setting, with the advantages of audio separation, overdubbing and other technological advances, they would record straight to a portable tape machine, with their musical friends gathered together in a motel room.

Well, not exactly: Pat Thomas, musical archivist and curator of the new Real Gone Music release Motel Shot: Expanded Edition, picks up the narrative. “The album was originally recorded in Bruce Botnick’s living room,” he explains. Botnick had gained fame as the recording engineer on all of The Doors’ albums, and also engineered Love’s classic Forever Changes and The Rolling Stones’ Let it Bleed. To record what was supposed to be Motel Shot, Thomas says “They obviously needed a controlled environment, [something] a little better than a motel room.”

The Motel Shot sessions were like early Delaney & Bonnie and Friends sessions in that they feature pretty much whomever happened by. While there aren’t definitive session notes, Bonnie Bramlett – as quoted in Thomas’ liner notes for the new expanded reissue – recalls Joe Cocker, Gram Parsons, Buddy Miles and Leon Russell all taking part in the original sessions. “The thing was, it was kind of a party,” says Thomas, chuckling at the thought. “It was a jam.”

As best as anyone can determine, with close to half a century having passed since – those living room sessions took place sometime in the summer of 1970, and were being readied for release on Elektra later that year. Rolling Stone even made a brief mention of Motel Shot‘s impending release in an August 1969 issue.

Yet problems arose almost immediately. “There’s this intimate story of Delaney visiting his dad in the deep south,” Thomas explains. “And he couldn’t find Accept No Substitute for sale in his hometown. So he threatened [Elektra head] Jac Holtzman with his life, and Jac immediately dropped Delaney & Bonnie from the label.” The planned release of Motel Shot was canceled.

Delaney & Bonnie soon landed on Atlantic subsidiary label Atco, the duo’s third label in two years (their fourth, if you count an abortive deal with the Beatles’ Apple Records). There they quickly released On Tour with Eric Clapton, a live album recorded in 1969. Six months after that record’s release came the studio album To Bonnie from Delaney. The “and Friends” lineup on that record included guitarist Duane Allman, r&b saxophonist King Curtis, Little Richard and pedal steel guitarist Sneaky Pete Kleinow.

Meanwhile, the Motel Shot living room tapes languished on the shelf. “When Atlantic picked up Delaney & Bonnie,” Thomas says, “they decided to buy those tapes. But they sat on ’em.” The time for release finally came in March 1971, six months on the heels of To Bonnie from Delaney.

But the decision-makers at Atco weren’t satisfied with the quality of the session tapes. And there was little that could be done to improve them. “The living room sessions are very old-school,” says Thomas. Botnick recorded them “direct to a two-track tape, with just a couple of mics; kind of the way they recorded Elvis in the early days. You got what you got.”

So Atco sent Delaney & Bonnie back into the studio – joined by Duane Allman, Gram Parsons, Bobby Whitlock, (possibly) Nicky Hopkins as well as other friends – with the mission of re-recording the songs in higher fidelity. (According to Pat Thomas’ liner notes, “Bonnie has no memory of going back into a real studio and re-cutting the tracks.) Botnick recalls drummers Jim Keltner and Jim Gordon taking part in the sessions, but disputes claims that Cocker was present. “I would have remembered,” he told Thomas in an interview for the expanded CD reissue. Even for the studio sessions, it’s not clear who played what. “We don’t really know,” admits Thomas. “It’s still a little ambiguous.”