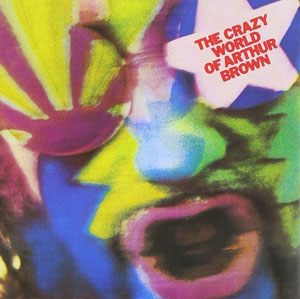 One of the most remarkable singles in a year full of remarkable music, 1968’s “Fire” was unlike most anything else on the radio. Backed with malevolent swirls of organ and brass punctuating a hard-driving arrangement, the operatic vocals of Arthur Brown made quite an impression on listeners. Opening with the memorable spoken (well, shouted) introduction – “I am the god of hellfire! And I bring you …” – The Crazy World of Arthur Brown figuratively set the pop music world alight. The single hit #1 in Brown’s native U.K. as well as Canada, and made it all the way to #2 in the USA, no mean feat for an unknown artist.

The Crazy World of Arthur Brown would release but one (self-titled) album, but its members would go onto subsequent success in other bands. And Brown himself would continue on a critically-acclaimed career, one filled with innovative stylistic twists and turns. Today at 74, Brown remains vital and active; he recently completed a short North American tour with his current-day lineup of The Crazy World of Arthur Brown, and took the time to speak with me about his life of music, then and now.

In the mid 1960s, Arthur Brown’s original idea wasn’t even to have a band. “My career started in Paris,” he recalls, “and I went down to Spain playing as well. I came across a lot of surreal clubs, with stalactites coming down from the ceiling, all kinds of strange objects.” He decided he would do something similar back in London.

“I wanted to open a club with art and statues and theatre, but I couldn’t get the money,” Brown says, “so I decided to put [those ideas] in a band.” His goal was to create a group that “shock[ed] people into thinking in or looking at things in a different way.” He teamed up with Vincent Crane – a classically-trained organist on a par with jazz-rock great Brian Auger. “Vincent could conduct an orchestra, he could arrange, and he was an accomplished improviser indeed,” Brown says. One thing Crane was not interested in, however – and this set him apart from other major keyboardists of the era such as Keith Emerson – was playing synthesizers. Instead, his Hammond organ would form the musical centerpiece of the new group.

Brown’s background was in rock, soul and jazz. “I had my own jazz quartet,” he says. “I was bass player.” But for The Crazy World of Arthur Brown, he would fold in elements of soul, jazz, rock and – thanks to Crane – classical music as well. Brown’s astounding vocal range – four and a half octaves, he says – was all but unknown in pop music. The group’s original, guitar-less lineup – the one that would make the band’s sole album – also included drummer Drachen Theaker and bassist Nick Greenwood (billing himself as Sean Nicholas).

The band’s singles and LP were released on Track Records, the label formed by Chris Stamp and Kit Lambert, managers of The Who. Brown and his band were discovered by Who guitarist Pete Townshend. “Pete was talent spotting for Track in the period when the underground was the big thing,” Brown recalls. “He decided that – in order to persuade the record company – he took us into the studio to cut some demo recordings.”

Townshend felt that demos were essential; he had already failed at convincing Lambert and Stamp to sign another band he had his eye on. The Bonzo Dog Doo-Dah Band was a quirky comedy outfit fronted by the inimitable Viv Stanshall; that band wold go on to a sort of underground fame, appearing in the Beatles’ television special Magical Mystery Tour, singing an original tune called “Death Cab for Cutie.” (Yes, that’s where the Pacific Northwest-based band got its name.)

“They missed out” on the Bonzos, says Brown, “and Pete decided that he wouldn’t let that happen with us.” Brown had only been in a recording studio once before, so the experience was quite unfamiliar to him. But he had ready songs and/or concepts. “That was ’67,” Brown says, “and we were already into the story of a guy going on his inward journey.” 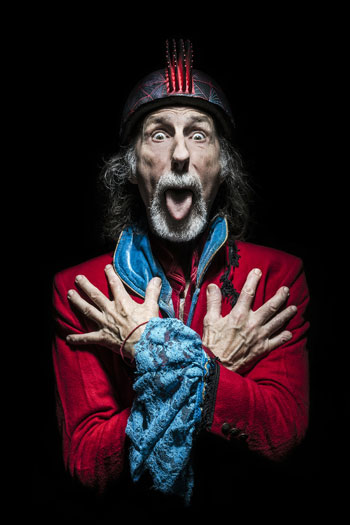 One of the songs Brown brought to the demo studio was “Spontaneous Apple Creation,” an unfinished tune. “I was working on it, developing the melody for all of the verses,” Brown says. “I said to Pete, ‘This one we can’t really finish, because all I’ve got is the spoken parts.’ So he said, ‘Well, do the spoken part.’” The band did exactly that, and Townshend liked what he heard. “Why don’t we just keep that?” he said.

Brown credits Townshend with helping to ‘form’ that and other songs. “He was able to move us in a certain direction because of the sounds in the studio, which we didn’t have the experience with.” Somewhere there exists – or did exist – a demo from those sessions featuring Pete on rhythm guitar. “That would be interesting,” Brown admits. “But I’ve never seen those since.”

Once the band was signed to Track, they would return to a studio, but this time the producer would be Kit Lambert. Brown says that “Kit’s father was a great composer, so he had extraordinary creative ideas about how to do the sound. He had no compunction about overloading the sliders, which later became popular.” Lambert would add distortion into the mix in a subtle way, Brown says, “So that you couldn’t even tell what you were listening to. We tried later to remake that sound, and we couldn’t do it, even with modern technology.”

Brown says that Townshend was, however, “involved with all the major decisions. They were deciding which tune would become the single.” The choices were “Fire” and a sort of comedy track called “Give Him a Flower.” Brown notes that “Fire” provided “a much darker image, one they felt they could make register.” So “Fire” it was, the band’s second single. (“Give Him a Flower” was in fact the b-side of “Devil’s Grip,” the first single by The Crazy World of Arthur Brown.) 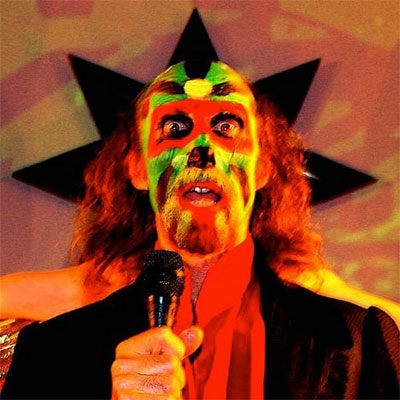 The first side of The Crazy World’s album was thematically unified, but Brown is uncomfortable with calling it a “rock opera.” He’s long looked a bit suspiciously at the idea, and not without reason. When The Who’s Tommy was about to come out, Lambert confided in Brown. “He said to me, ‘I’m going to con the bastards, the general public.’” Brown says he had no idea what Lambert was on about. “I’m going to appeal to the audience’s snobbery,” Lambert continued. “This thing that Townshend’s writing, I’m going to call it an opera, which it isn’t. But you’ll see: They will take it as an opera, and it will become something they have to see, because there’s a move to make pop music very serious.”

Arthur Brown says that Townshend’s original idea for Tommy was to feature Brown as the story’s lead figure, but Lambert overruled him: “No, let’s keep it for The Who.”