The Beth Hart Interview, Part 1: “If we have a bad show, no one’s going to die.”

Beth Hart is one of the most popular vocalist-songwriters working in the blues idiom today. But she doesn’t confine her work to one genre. Her latest album, Fire on the Floor is all over the place stylistically, and that’s meant in the best possible way. I interviewed Hart for a story that was scheduled to run in the pages of an altweekly ahead of her tour date in that paper’s city. But between the time the interview was done and my deadline, something changed on her gig itinerary, and the relevant date was no more; that meant the story didn’t run in print. So instead I happily present the entire conversation here on Musoscribe. – bk

Bill Kopp: You’ve worked and collaborated with a lot of top notch artists over the years. For Fire On The Floor you worked with Waddy Wachtel, Ivan Neville and Rick Marotta among others. How did their involvement color the overall character of the album?

Beth Hart: Well, we only worked with them for three days; we made the record in three days. And it all came from Oliver Leiber who knew all of them; I didn’t know any of them. He asked them to come in on the record. 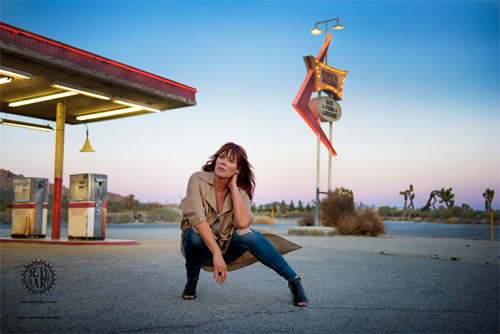 So what I do when I write is … I just make a recording of me at the piano or guitar – or whatever instrument I wrote it on – and then Oliver plays it for the band so they know it to go into the studio. Same thing when I made records with Kevin Shirley and the band: he puts it together. When you get people who are really, really great, of course you don’t have to take it through 50 times; we just get together and we all play it live two or three times, and then we move on.

A few of the songs we had to play through more than a couple times, but we got it all done in three day. It was really easy – really lovely people – and I was so, so lucky to have Oliver, because he knows everybody. So each time he makes a record he can fit together different guys who he thinks will be right for whatever project he’s working on.

Did you, at least initially, track the songs live in the studio?

Yes, yes. Everything, vocal and instruments live. It just seems that’s the only way to do it. Otherwise I find – and I’m not saying this about other people that do it – but in my experience, whenever I’ve tried to layer and take a year to get a drum sound and all that other bullshit, is that I find that for the type of music that I do and have done, it’s so unnecessary. And it ends up getting in the way; it ends up making [the finished product] very over-produced. I think any artist – whether they’re considered a strong artist or a weak artist – no matter what people say about them, I think any time you get to layer you start kind of questioning yourself and re-thinking about things, you get into your ego.Whereas I find that if it’s live and together, you don’t have a chance to question it; it is what it is, and you move on. I love that.

There’s also something special I think about looking across the room – even if you’ve got baffles and such – and seeing the other people playing the stuff in real time. There’s a certain ineffable quality about that. You can make some great recordings if you do it piece by piece, but there is something organic about doing it all together.

Yes; you can capture that human quality much more than that perfect cheerleader quality, which is so boring.

I love how you can feel and hear some vocal or instrumentation mistakes. If you listen to “The Woman You’ve Been Dreaming Of,” if you notice, going into the second chorus you can hear the drums and the different instruments … you kind of don’t know exactly how they’re going to get into it, and you can hear it this really awesome thing that happens; it’s human and cool.

Many of your albums have featured a song – sometimes more than one song – that got additional exposure through use on film or television. How important do you think that those cross-over uses of your music are as far as helping your career?

Do you mean like when the label or a publisher gets your shit placed with a TV show or something?

The funny thing about that is … I think it becomes a thing where people say, “Oh, did you know this is being played?” So it becomes more like a pump-up thing, I think, more than anything else. But it definitely can be helpful for creating a little bit of a buzz. In terms of making it a massive [hit] or anything like that, I don’t know about that. But in terms of just creating another thing for people to talk about, that can be very cool.

So it’s not something that you really pursue actively?

Oh, no. I don’t know if I pursue anything, I mean. I think that’s why I’ve got such great people around me: they all have their own niche of what they think we need to do or whatever needs to be done. My job is really simple, I just write.

And even in the studio – I swear to God; you could ask Oliver – when we tape a take, I never go into the studio and listen to what I did. I have total trust for the producer I’m working with, so I trust that if they think I did a good one, great. If they think we need another one, they’ll come out when I’m having my smoke and say, “We need to go back in and take it again.” So I don’t get involved with all that.

I’m really funny about who I’m going to have produce. I kind of have a sit-down, and we really talk about what I like, what I don’t like. And then I get to check them out, their history of what they like. And then I can play them songs, and I can see what their reaction is to the song, which songs they gravitate to more than others. And then I see if he “becomes my boyfriend” or not, you know what I mean? Those are the things that turn me on and turn me off, yes.

And then once I do, I’m out of it. The only time I get back involved pretty heavily is during mixing time. That is, to me, do or die; you can ruin a song that way, or you can make a song even better. Those are the only times; otherwise I’m out. I just sit back and relax.

And then in terms of career stuff, I just do promo, which sometimes I like. Most of the time it makes me nervous, because it brings up a lot of stuff from the past. So I can get pretty bummed out.

But otherwise, I just get to have fun on the road with my band. I don’t take it seriously; we don’t have a show planned that we do every night. It’s just a different show, basically, every night. There are a few songs we have that we’ll repeat sometimes, but usually we just mix things up. They have to know at least 65 songs, and sometimes I’ll have them learn something.

And that way we keep it light and never take ourselves too seriously. I always tell this to the guys: “We’re not doing heart surgery, we’re not doing brain surgery, we’re just making music. If we have a bad show, no one’s going to die.” It’s all about being humble and just having fun and mixing it up and keeping it fresh…