A Few Moments with Hans-Joachim Roedelius

German composer Hans-Joachim Roedelius is a synthesizer pioneer, and a leading light of ambient music. Yet acoustic piano is his instrument of choice, and he has little use for the term “ambient.” Roedelius made a rare North American appearance at the Mothlight on March 18 before heading to Knoxville for this year’s Big Ears Festival.

The 82 year old Roedelius doesn’t consider himself part of the coterie of minimalist composers that includes Philip Glass and Steve Reich. “I’m working from the belly, not the head!” he insists. And while the oft-stated goal of ambient music is to encourage a contemplative or even meditative state, Roedelius is more modest – and direct – as far as his goals. “I don’t want to evoke anything but listening,” he says. 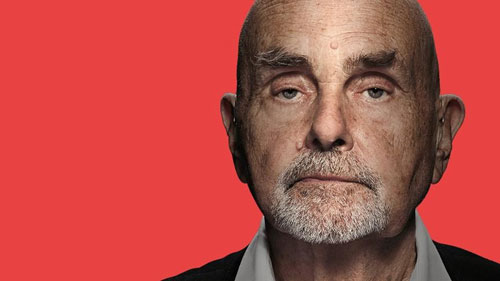 Roedelius does share fellow minimalist Brian Eno’s appreciation for spontaneity. “There’s no purpose in the game but love for what I’m doing,” Roedelius says. “I think real music catches its audiences’ attention by its inner strength.”

Roedelius has visited Asheville before; a high profile performer at the 2011 Moogfest, he performed solo and as LunzProject with Tim Story. For much of his solo set, he played grand piano, and didn’t use keyboard synthesizers at all.

“I didn’t use synthesizers for a long time because of the lack of money,” Roedelius says. “Later, I made several records using only a Korg MS20.” But to avoid what he describes as “putting the same nails in the same holes,” he moved over to acoustic instruments. Still, Roedelius values modern technology; one of his prized possessions is an iPad with the Animoog app installed; it was “a gift from the Moog people,” Roedelius says. “It helps me a lot to create my music out of the moment in the way I want it.”