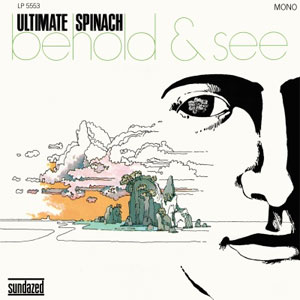 At the time of its 1968 release, Ultimate Spinach‘s Behold & See suffered from critical backlash. Those brickbats were directed primarily at the ill-advised “Bosstown Sound” marketing hype that surrounded the group. Considered on its own, Behold & See is a worthwhile and oft-overlooked artifact of its era.

Yet the flow of Behold & See is diminished by poor sequencing; the two songs that open the disc are among the least distinguished here. “Gilded Lamp of the Cosmos” sounds like Smith; “Visions of Your Reality” recalls mid-period Moby Grape. Trippy song titles notwithstanding, many of the songs on Behold & See aren’t especially psychedelic; instead, they lean in a pastoral hippie direction. The longer, psych-flavored tracks are the best ones here. The extended “Mind Flowers” is a credible stab at laid back, acid fuzz; it anticipates Hawkwind‘s music/poetry approach by a year or more. 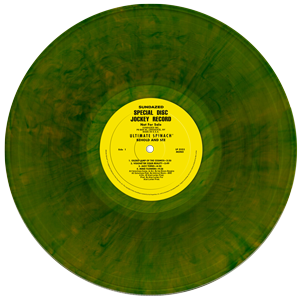 Paradoxically, Behold & See‘s most musically interesting track is the one with the least imaginative title: the proto-fusion “Jazz Thing” features a lovely running musical dialogue between electric piano and vibraphone, and the most tasteful guitar solo on the entire record. The song’s flute and bass(!) solos are a treat as well. Despite its length – a shade over nine and half minutes – “Jazz Thing” is a well-structured tune that shifts musical gears a few times. “Suite: Genesis of Beauty” showcases church organ and electric piano and ethereal harmony vocals. Despite the chaos its title portends, “Fifth Horseman of the Apocalypse” is about as high energy as your average Grateful Dead cut.

At over 50 minutes, Behold & See is atypically long for a single LP; judicious editing might have made for a stronger, more consistent album. But on balance, the album’s best moments more than offset its weaker ones. Sundazed’s reissue features a crystalline monaural mix, and the vinyl is pressed in spinach-themed green.