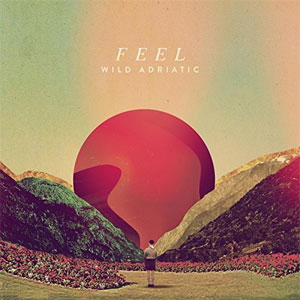 File next to: The Heavy, The New Mastersounds, Sharon Jones & the Dap-Kings

This NYC-based trio describes its music as “power soul,” and for once a genre label is dead-on describing an artist. Rich Derbyshire‘s kinetic basslines, taut and assured drumming from Mateo Vosganian and aggressive, wah-wah-laden guitar lines support Travis Gray‘s assured vocals on Feel. The groove is deep on cuts like “Runnin’ Thru,” and Gray displays his impressive pipes without showboating. He’s also an estimable guitarist with a keen sense of how to evoke a ’70s vibe that’s equal parts funky and rocking, and he does so without coming off overly retro. Uptempo tracks alternate with the sultry slow burn of cuts like “Chasing a Ghost.” If Mountain or Cactus had made music for blaxploitation films, they might’ve sounded like Wild Adriatic. Ably backed up on three of Feel‘s 11 tracks by a blistering horn section, Wild Adriatic churns out dance floor classics for the modern age.